In 2022 we produced well over 100 films, 73 webpage articles, our weekly newsletter and a lot of social media posts, trying to bring you “the view from below”, highlighting the voices less heard and stories less told.

It’s been a tough year, and we really need your help to keep going in 2023. Fewer than 1 in a 1000 of our viewers contribute, and we must find a way to increase that number in order to survive, flourish and grow a co-operative of independent journalists that you can trust.

Please consider a monthly donation, however small or large, to help us continue our work.

[All donors get a private link to the amazing documentary SOCPA – The Movie about the decade-long Parliament Square protester Brian Haw, and his battle with a government intent on silencing his Iraq War protest.]

We’re going to take a couple of weeks off to recharge, re-organise, and refuel, but here’s a brief review of the year – twelve of our favourite or most significant stories from 2022.

This pick of stories from each month first appeared in our weekly newletter.
If you’d like to get a simple weekly round-up of Real Media and other news stories in your email then you can subscribe free here. 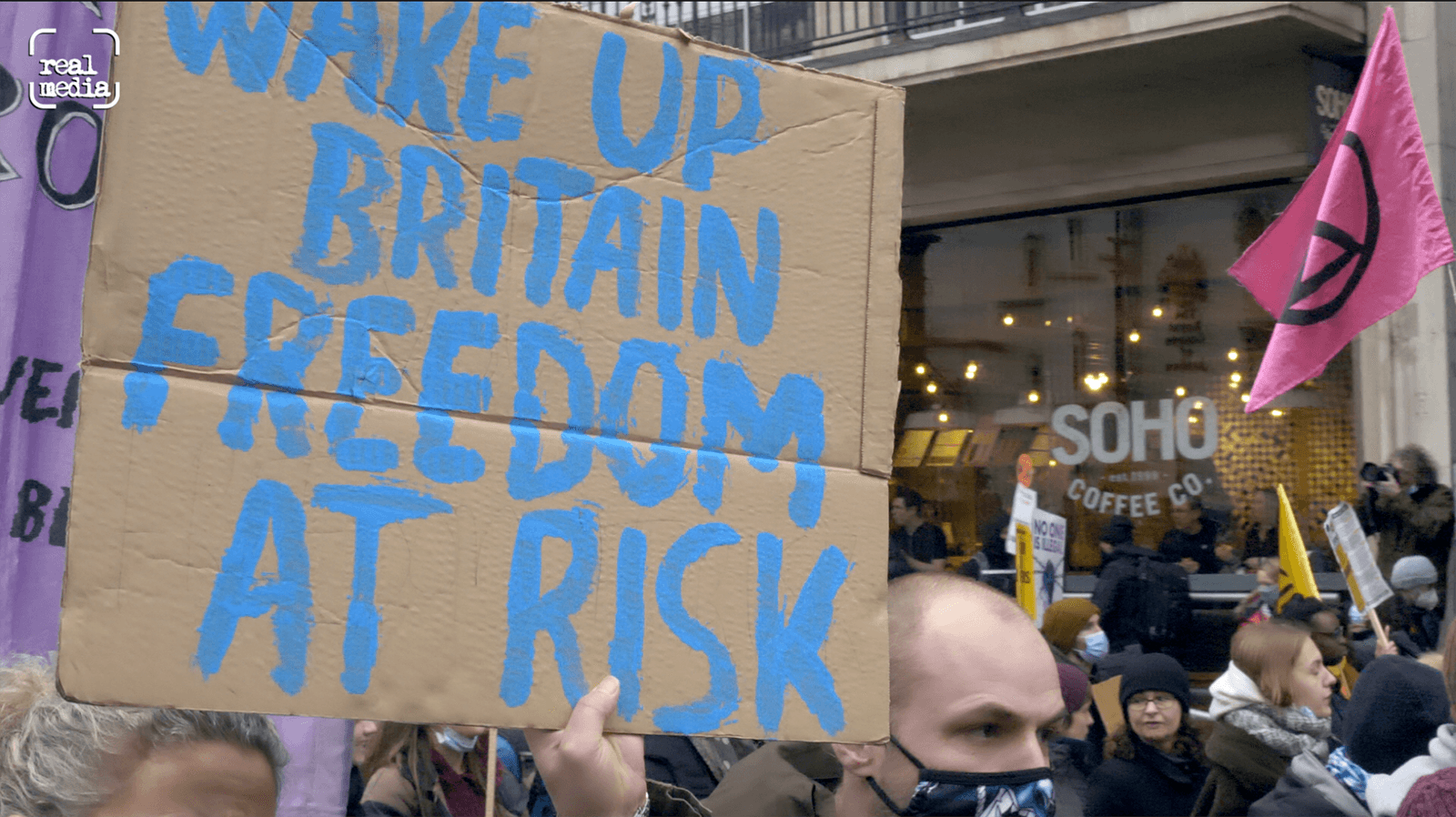 January Kill The Bills – All Of Them – the year began with a large protest against the impending Police, Crime, Sentencing and Courts Bill, which was just one of several repressive measures the Conservative government have managed to push through this year somehow between scandals, corruption, and leadership elections.

February Fossil Fuel Arts Sponsorship – Protests And Wins The Science Museum and British Museum were under fire for their fossil fuel partnerships, especially after a series of announcements by other institutions leaving them among a very few which are still accepting toxic greenwashing cash.

March War and Propaganda The war in Ukraine became an opportunity to censor alternative and independent news sources. International social media organisations joined Western states in using their power to silence the voices of a wide array of journalists. Our investigation  exposes the glaring imbalance in the way different struggles are reported. 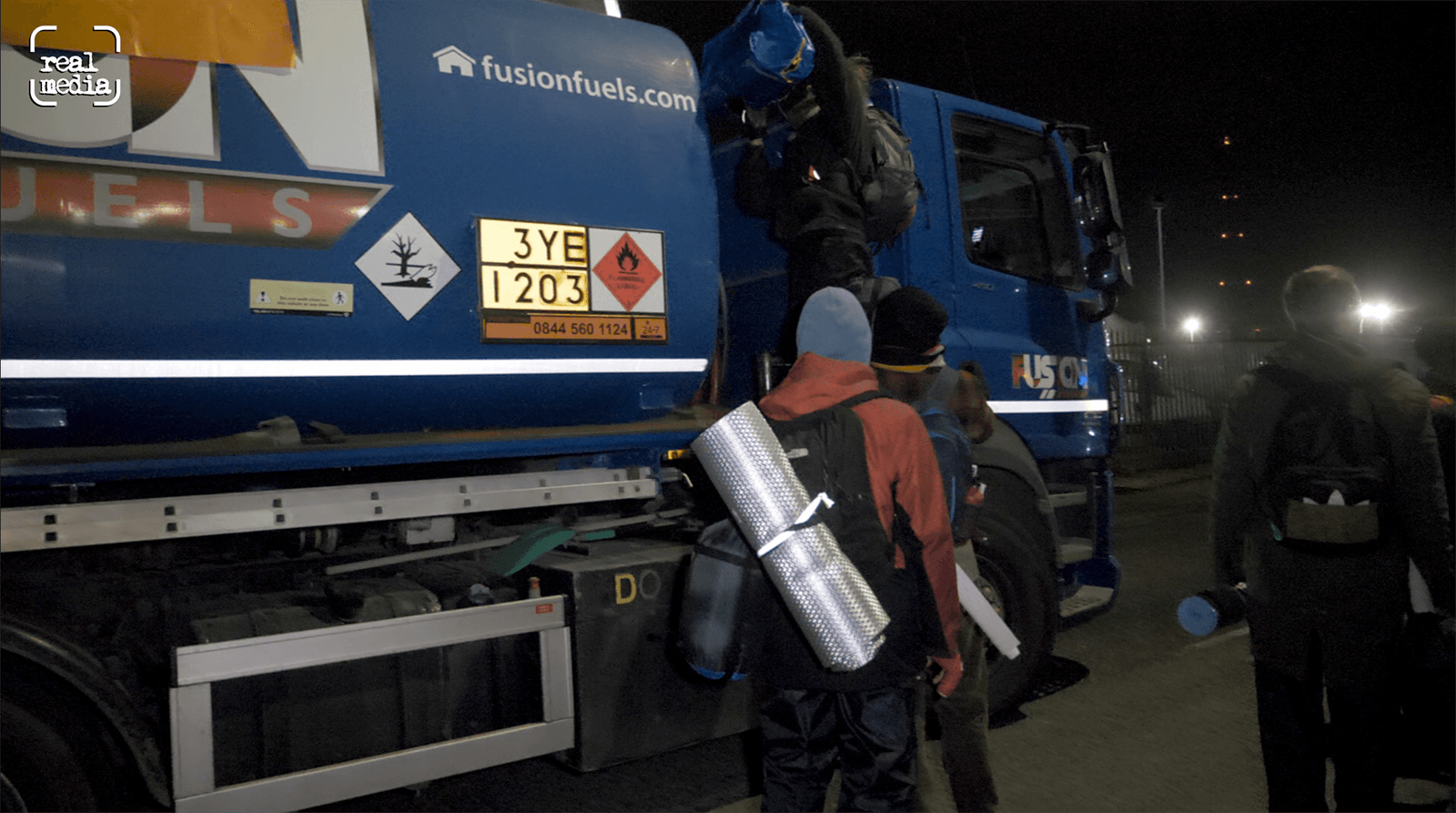 April The Spring of Climate Discontent We joined Just Stop Oil supporters on the launch of their campaign, reporting from the Navigator Oil Terminal in Thurrock which was closed down by protesters climbing on top of several oil tankers on the access road, while others tunnelled underneath. 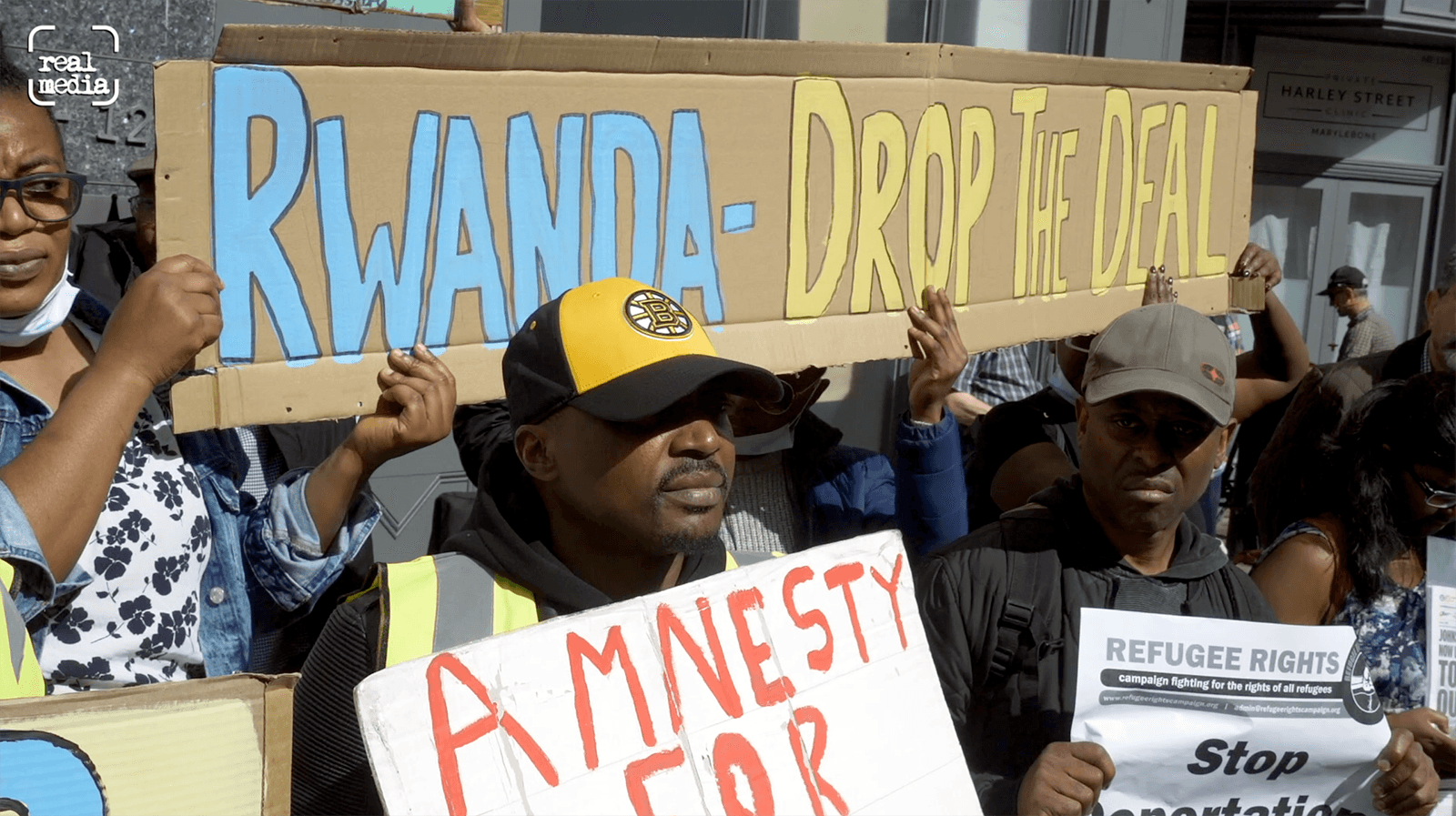 June Rally against Rwanda deportation plan On the eve of a High Court appeal against Priti Patel’s disgraceful plans, a rally was organised outside the Rwandan High Commission in London. Yesterday, after six months of suspension the High Court ruled that the government’s cruel and immoral plan to send asylum seekers to Rwanda is ‘lawful’.

July Just Stop Oil “re-imagine” The Hay Wain at the National Gallery In one of a series of controversial protests at arts institutions, two young Just Stop Oil supporters covered Constable’s famous painting with a dystopian new version, before glueing themselves to the frame. Both were recently given suspended sentences and a large fine for their action, which attracted world-wide media attention. 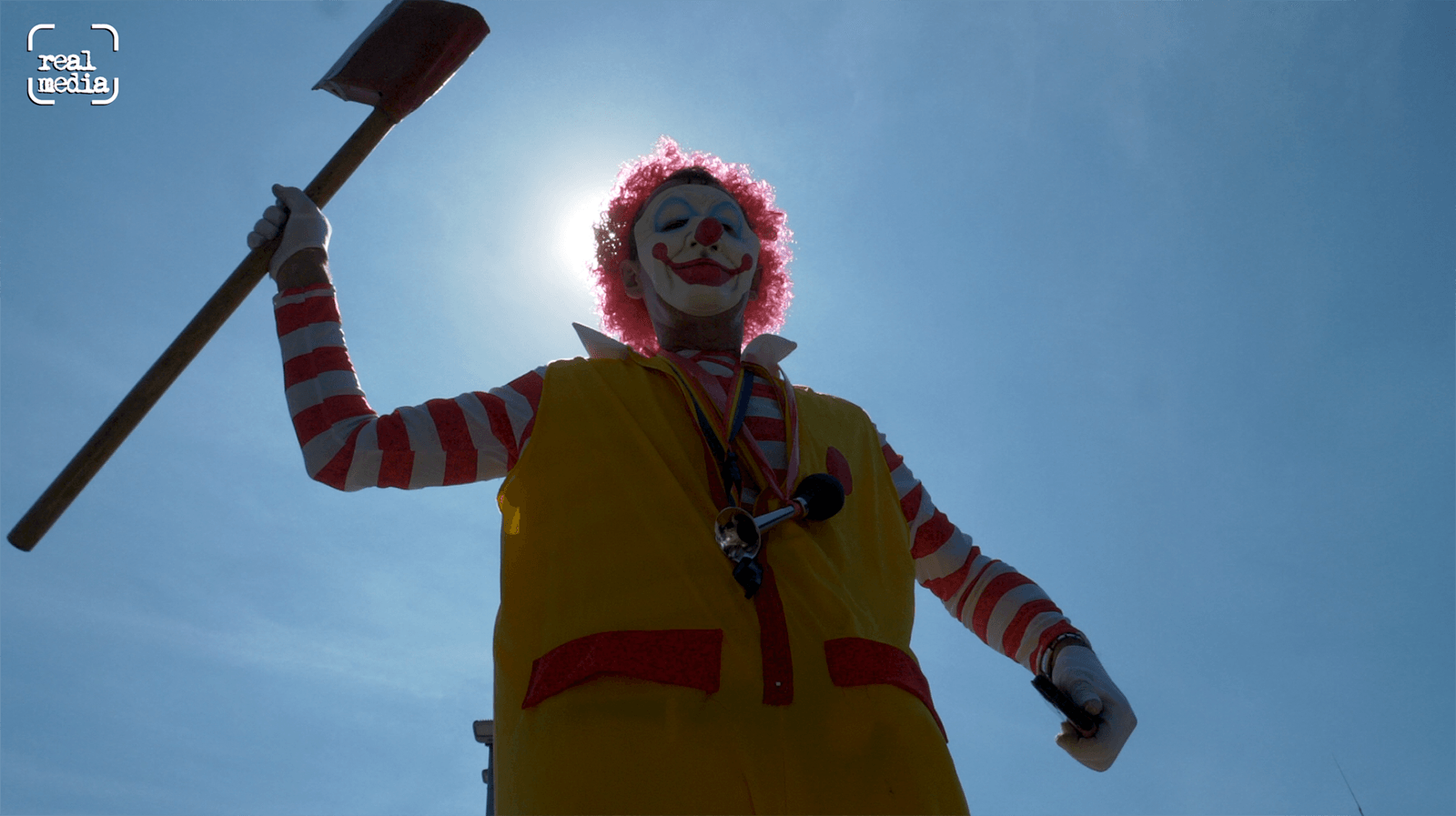 August The McDonald’s Tree Massacre Locals were enraged by the felling of 11 mature trees and the installation of plastic grass at a North London McDonald’s outlet. It emerged that it may have been part of a wider secret policy, and sparked our investigation into the company’s global green credentials.

September Dr Bob Gill GP – Our NHS – from public to private It’s five years since Real Media first interviewed NHS campaigner Dr Bob Gill. A lot has happened, and as predicted, we may now already be in the final stages of a long-established plan to privatise the NHS and bring in an American-style insurance-driven system. Dr Gill is as concise, clear and angry as ever, while corporate media continues to misinform or ignore this blatant theft and asset-stripping of our public service.

October Just Stop Oil Coalition – An Autumn of Civil Disobedience – Day 1 This report was from the start of a very busy month for JSO which brought them a lot of media attention, with repeated London road blockades, the Sunflowers painting and King Charles waxwork actions, the Dartford Bridge crossing closure and much more. 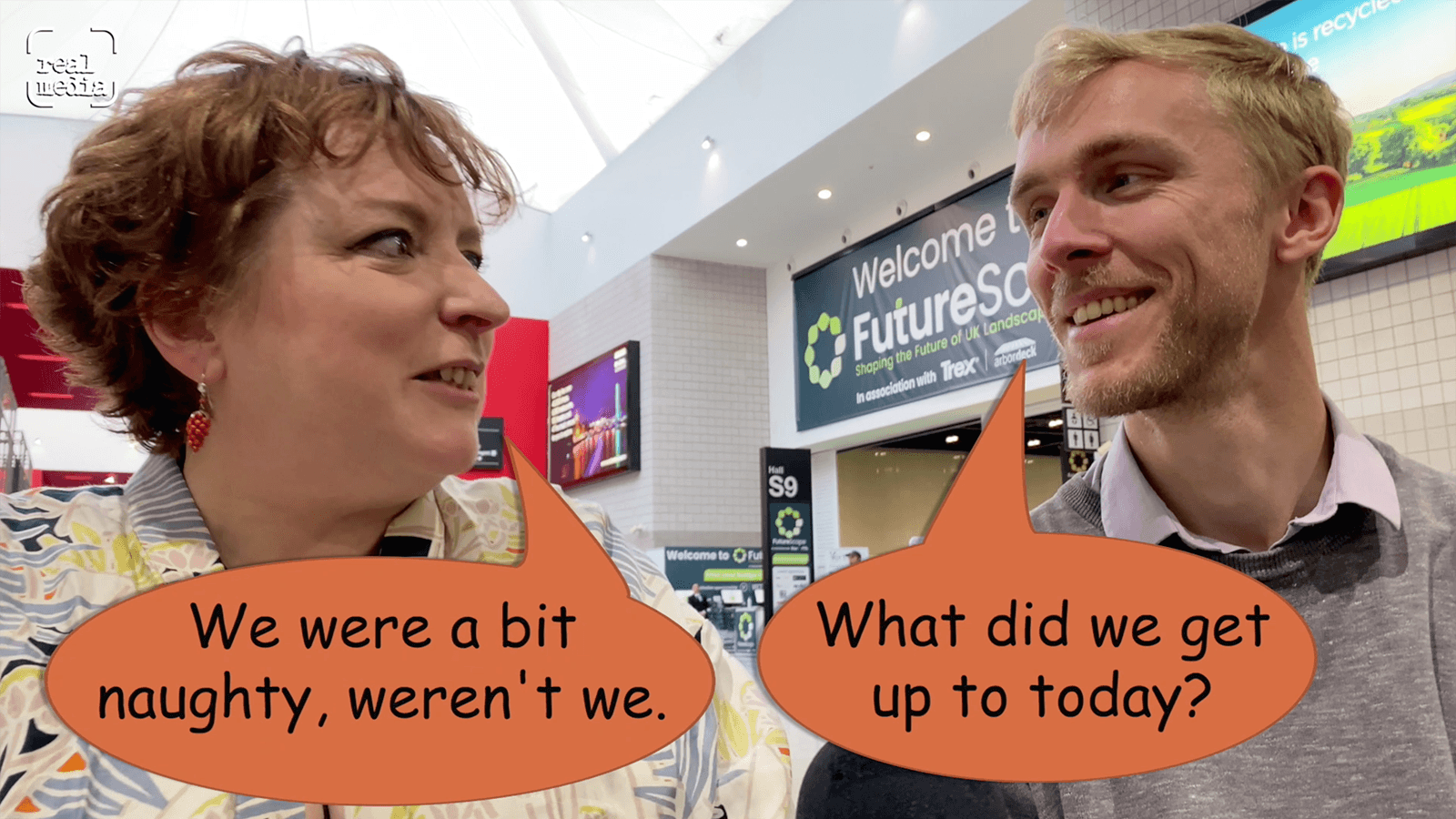 December Scab delivery company occupied in solidarity with postal workers We filmed this small but inspiring act of solidarity for postal workers – a noisy occupation at the HQ of the gig economy app-based delivery firm, Ryde. They are providing strike-breaking workers in a deal with Royal Mail under new government legislation which undermines workers’ rights. 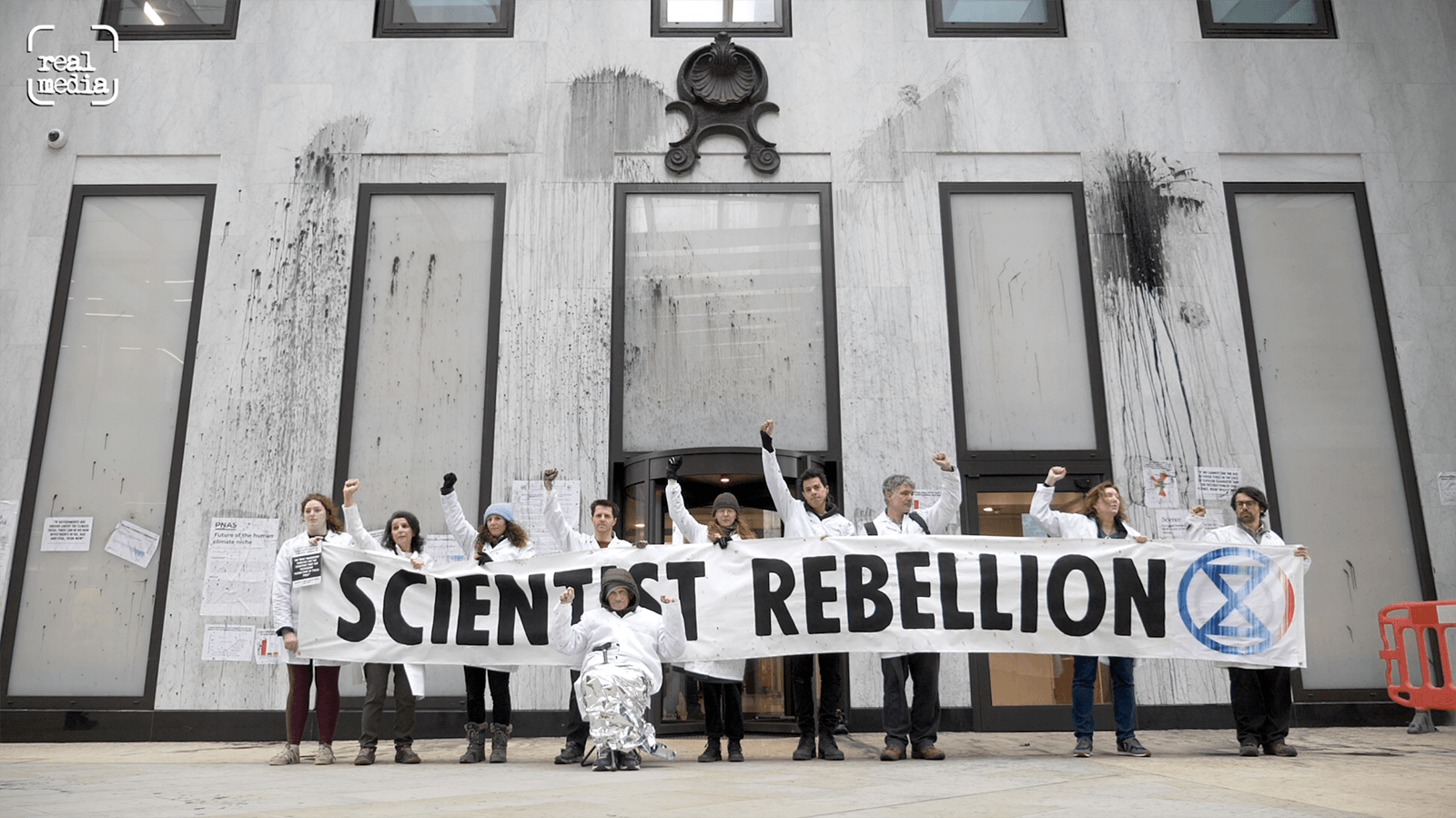 That’s (probably) all from us for 2022, so we wish you a happy solstice and peace and comfort wherever and however you spend this period into the new year. 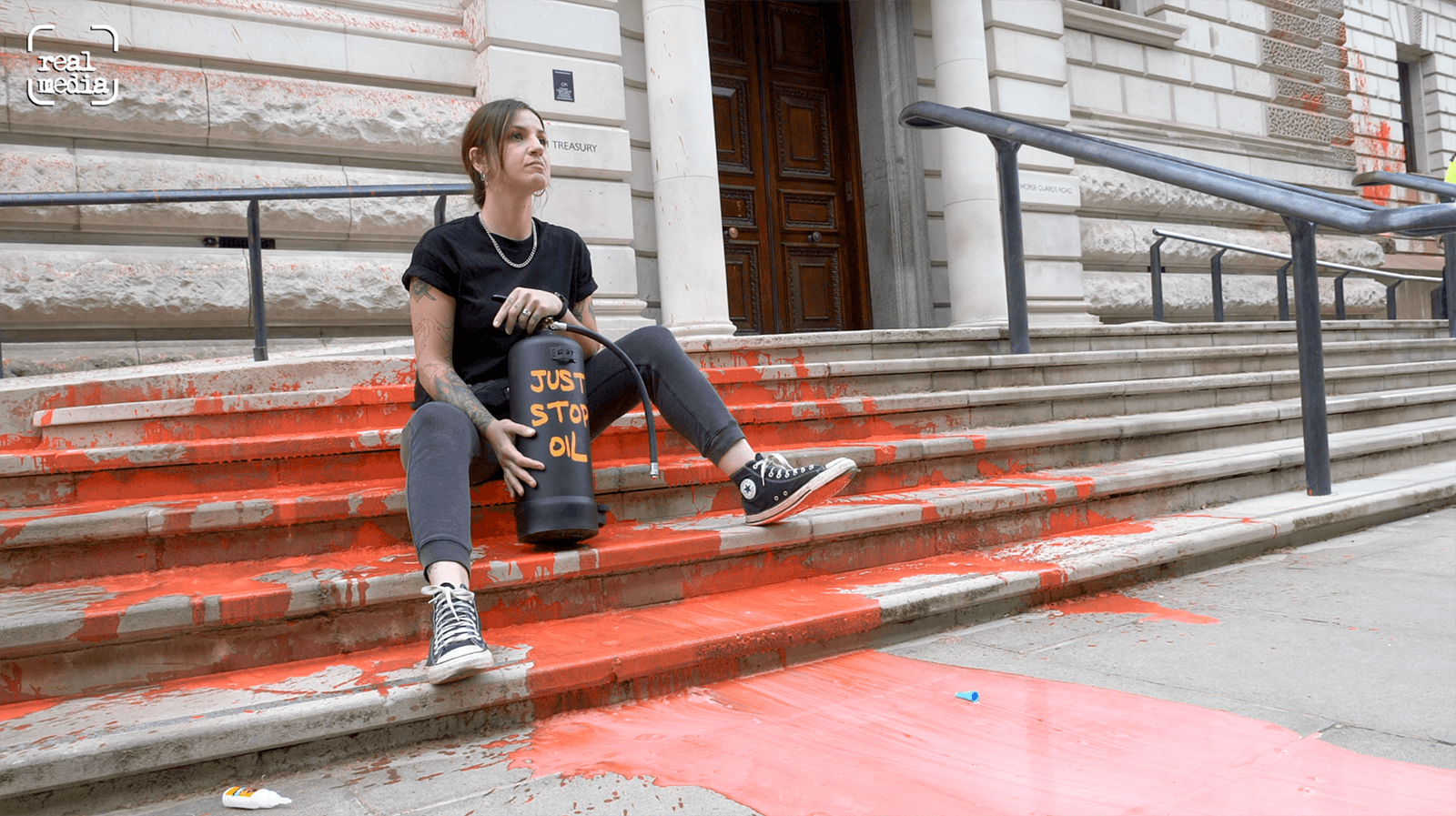