Last weekend, ‘actorvists’ BP or not BP? visited the British Museum to stage a spoof corporate presentation at the opening weekend of the BP-sponsored World of Stonehenge exhibition. Posing as BP reps, they revealed to astonished museum visitors their plans for drilling under the ancient Salisbury monument.

The action highlighted the hypocrisy of BP sponsoring an exhibition about an ancient monument while forging ahead with a joint operation in Australia that threatens ancient Indigenous rock art which is ten times older than Stonehenge. BP is a major partner in the Burrup Hub project which has already damaged some of the Murujuga rock art, and they are planning a massive expansion of the LNG plant despite the potential damage it will cause, both locally and in terms of the climate crisis. 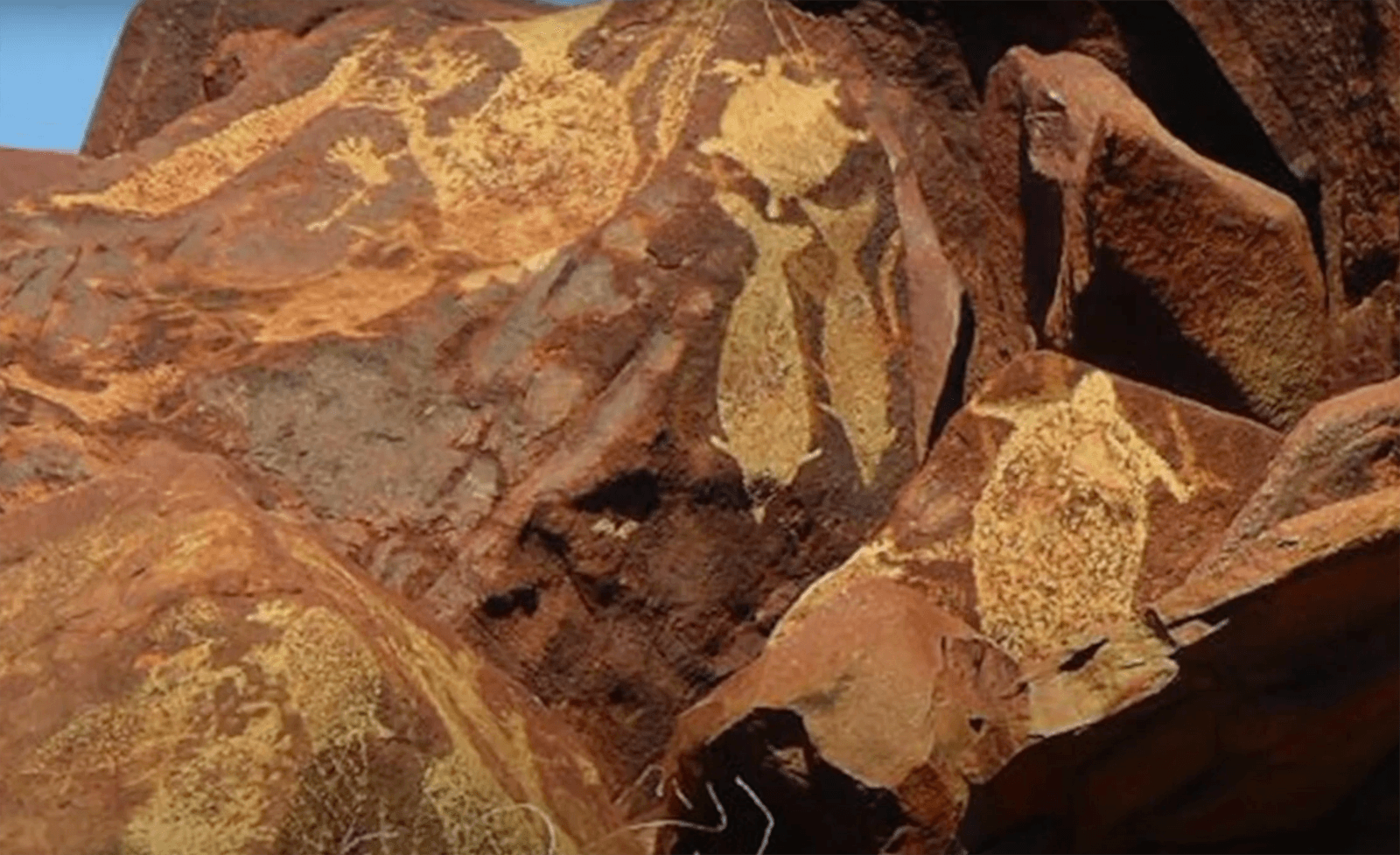 Earlier this month, 300 archaeologists and historians signed an open letter to the trustees of the British Museum asking them to publicly commit to ending the museum’s partnership with BP.

Last week the National Portrait Gallery announced an end to BP’s 30 year association with the prestigious BP Portrait Awards, followed by news that Scottish Ballet would also no longer accept BP sponsorship as it “no longer aligns with the company’s green action plan – to be carbon neutral by 2030”.

Over the past year the Royal Shakespeare Company, National Theatre, Edinburgh International Festival, and the Southbank Centre have all cut ties with either BP or Shell, leaving the British Museum, the Science Museum and the Royal National Opera as the only remaining major cultural institutions accepting oil money.

Culture Unstained have also exposed heavily redacted emails between the museum’s current director Hartwig Fischer and BP which appear to be moving towards renewing their partnership which is otherwise due end later this year.

Real Media reported last month from a protest at the Science Museum over the Adani group sponsorship of a new ‘Green Energy’ gallery. One of the speakers at that action, Keval Bharadia from the South Asia Solidarity Group, explained the circular system by which massive corporations like the Adani Group support right-wing politicians (Narendra Modi in India) who then create the environment in which they can make even more profit at the expense of ordinary people and the planet. The trustees of major institutions are packed with Dames, Lords and Sirs, who have been rewarded by an imperialist system which also profits from the very same exploitation and destruction. So it is no wonder that those bodies then grant respectability to corporations like BP, Shell and the Adani Group, while the suffering of Indigenous people is ignored. Here is his excellent speech in full.