According to the most recent UN data, nearly 3 million people from Ukraine have escaped the war to Poland. The Polish state welcome has been praised widely in the media.

To go beyond the headlines, we visited a Ukrainian support project in Lodz to see what life is actually like for Ukrainians in Poland. 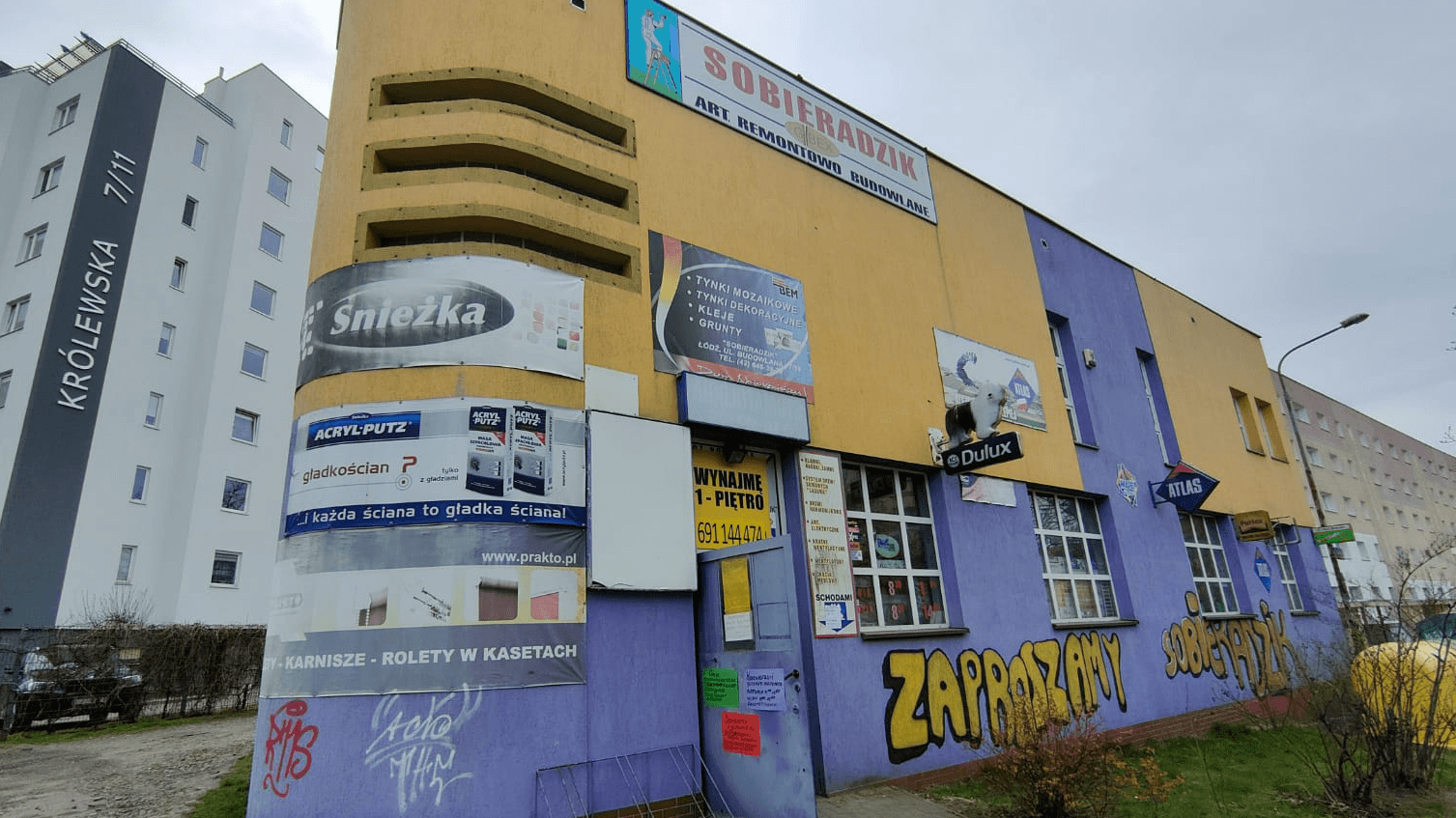 The project itself is called Nadzieja, which literally translates as Hope. Run by volunteers, they have collected as many donations as they can: baby clothes, shampoo, cups, plates, frying pans, food, shoes. Someone even donated a figure of Jesus. Each day, Ukrainian women arrive to collect the goods they need. 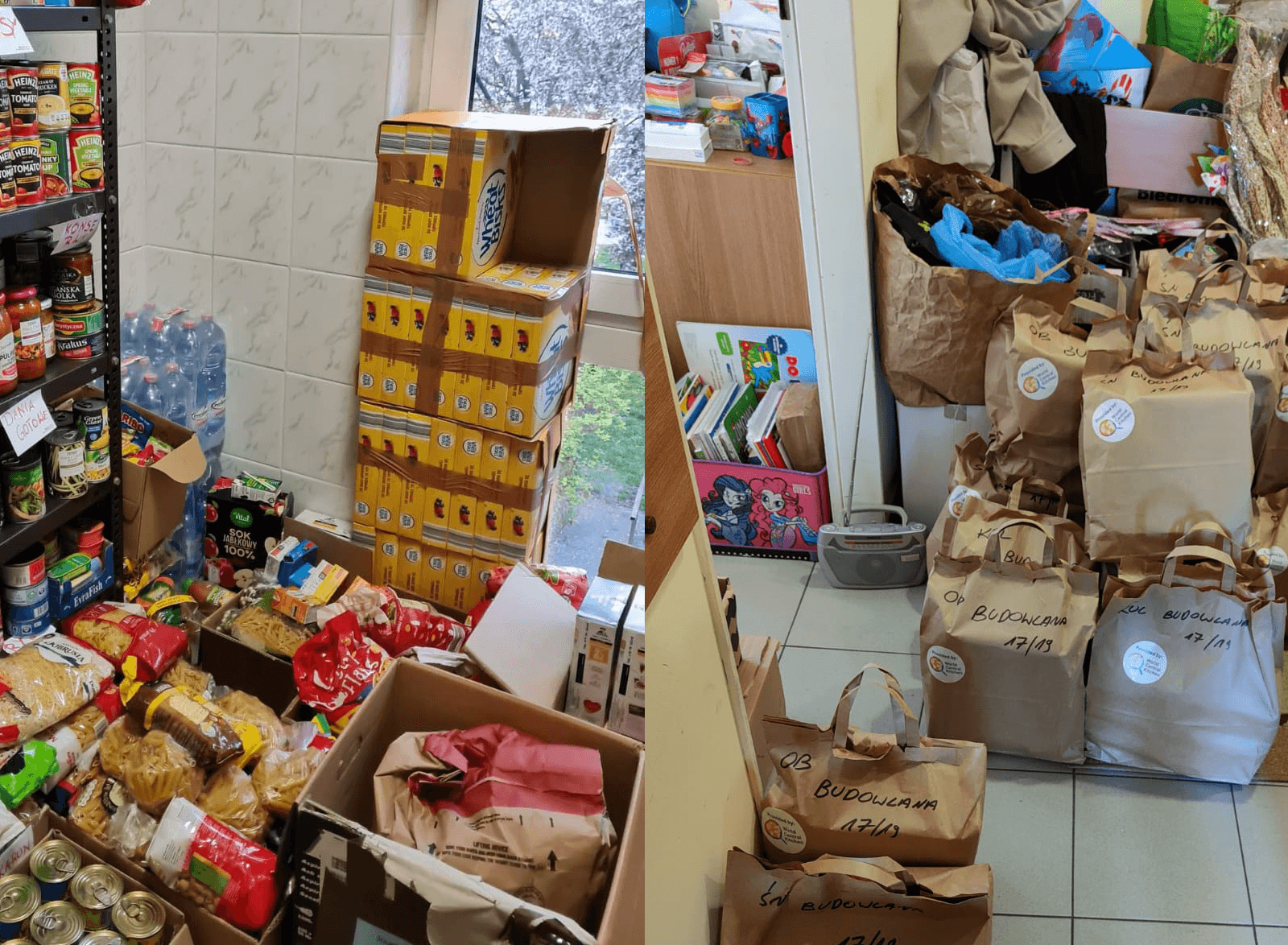 The warmth and energy of the centre is hard to describe. The volunteers rush to sort new donations as they come in and rummage in the piles of shoes and blankets to find what destitute migrants might need. There is no judgement or frustration from the volunteers, just a genuine desire to help. Importantly, according to the centre founder, they remember ‘sometimes it is much more important to simply hug and listen. We try to give them hope and positive energy.’

Many of the volunteers are giving up a lot in order to help. The centre is completely dependent on the time that individuals can give. One organiser works ‘from home’ on her phone while serving Ukrainian families as they arrive. Often they stay in the centre late into the evening to keep on top of the work. 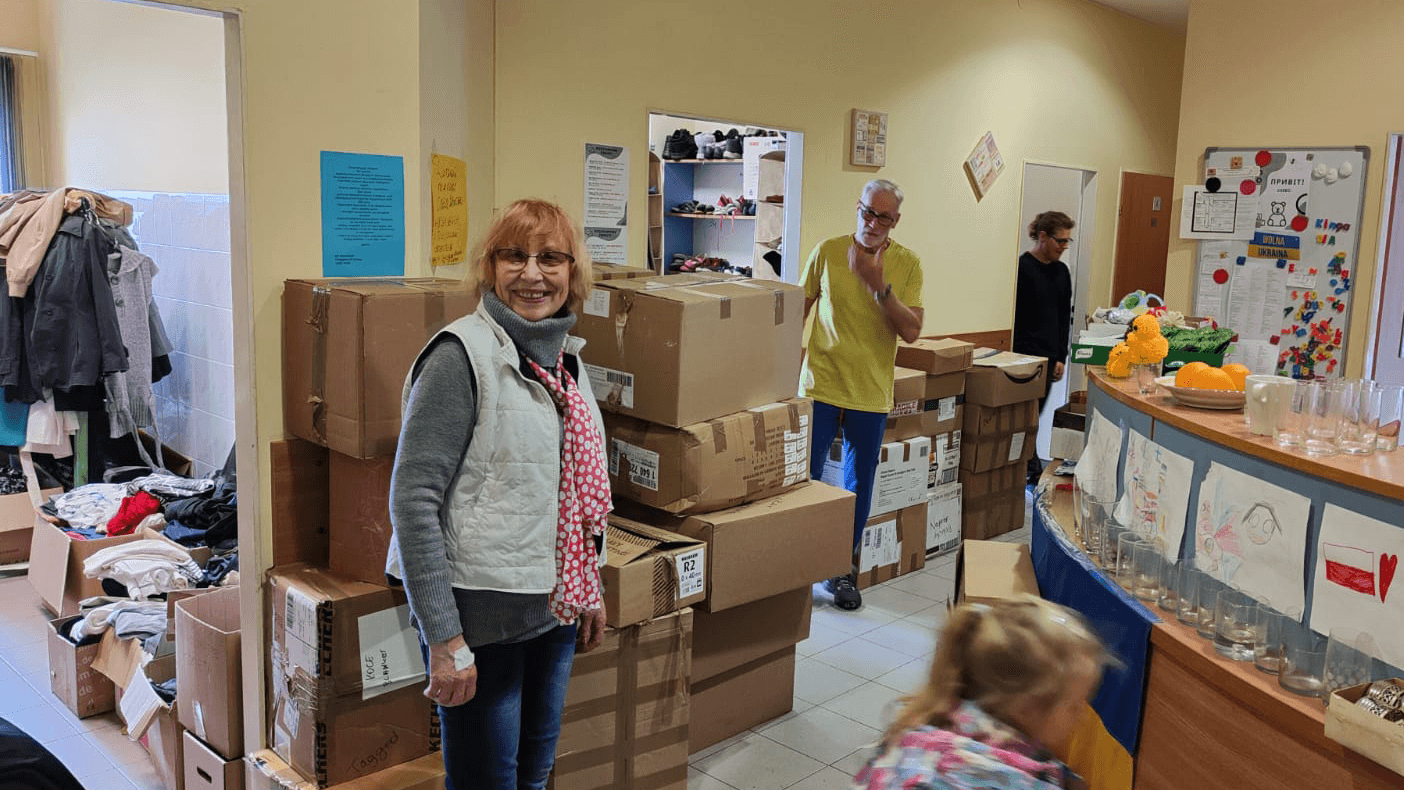 We spoke to one of the main organisers, Daria, whose character shows a rare mix of empathy and rigorous efficiency. She told us why this work was so important, explaining how little people have when they arrive in Poland. Most only have the clothes on their back and a single suitcase with basic necessities. They need everything that is donated.

As well as coming with very little, support from the state is limited. On arrival in Poland, if people have no family to stay with, they will be put up in large halls from where alternative accommodation will be found. If they can pay for a flat, they can rent one, while others are moved into hostels.

Many Polish families have offered rooms to Ukrainian people to help them leave the emergency halls and hostels. Poland is offering 1,200 PLN per month (£300) to families who offer these rooms. However, we’ve heard reports that actually getting this money paid can be difficult.

After finding somewhere to live, a Ukrainian person can then apply for a PESEL number. This is similar to a National Insurance Number in the UK, allowing a person to work and open a bank account. Initially, Daria reports that the process was hectic, with large queues and processing delays. The application has become quicker in smaller municipalities, but still means an administrative delay for those in need of income.

However, even when a PESEL is granted, there is limited financial support for Ukrainians from the Polish state. For those without children there is a one off payment of 300PLN to support with basic needs. Families with children are eligible for the Polish equivalent of child benefit, the 500+ scheme. Neither offer enough to cover the cost of living.

Speaking to one family, we heard how long the wait is to get these payments. They reported that they had been in Poland since March. By Easter they had just been able to open a bank account; they would now need to wait until May to receive any financial assistance from the state.

This leaves families in a situation where they need to look for work. For some, they can continue the jobs they had in Ukraine, working remotely. Others need to find jobs. Daria points out that for many, a language barrier or lack of childcare may restrict their ability to find jobs. She also mentions the stress that many have when moving from their careers into jobs they do not have the skills or experience for.

Our experience of the Nadzieja volunteer project highlights the importance of discussing ‘Poland’s response’ in a more nuanced way than the mainstream media has done so far. The work of Polish volunteers, charities and citizens is unbelievable. People are giving up incredible amounts of time to help people arriving in their cities in need.

This response is needed, in part, because the Polish state has not been capable of meeting the needs of refugees in dire need. If they were left without the care of the volunteer workers, people would be destitute, with no money and nothing to even buy food. We need to ask why states, with the resources they can call upon, are so reluctant to really provide for those in need.

Daria finishes talking to us by discussing the volunteers themselves. ‘What’s important: nothing I do would be possible if it weren’t for the people who surround me. It is thanks to our donors and my most wonderful volunteers that we are able to operate on such a large scale… we help from several dozen to several hundred people every day.’

The Hole In The Wall Gang – Save Julian Assange