Despite more than a year of protests as these bills progressed through parliament, despite the House of Lords voting down parts of the bills on numerous occasions, and despite human rights lawyers and activists raising serious concerns at committee stage, the government has used its large and unrepresentative majority to force through a set of dangerous assaults on UK citizens’ rights which will now come into law after the Queen’s Speech on May 10th, after being rushed through to receive Royal Assent last week.

We interviewed Bhavini and Aria from Kill The Bill Coalition just after the news broke.

1     The Police, Crime, Sentencing and Courts Act effectively outlaws all but the most polite and ineffectual protest. With ill-defined curbs on noise and “impact”, police can now impose conditions on any size of protest, even single individuals. Defying police conditions can attract prison sentences of up to a year, with police only required to show that a person “ought to have known” any conditions imposed. Obstructing the highway is now also an offence that carries the threat of imprisonment and large fines. A very broadly defined ‘causing public nuisance’ offence can land up to 10 years in prison.

Basically, all historic modes of protest to achieve radical change have now been criminalised with the threat of serious legal sanctions, and the Home Secretary can amend the definitions of ‘serious disruption’ at any future time, thus giving them powers to outlaw specific types of future protest without any further democratic scrutiny.

The law also attacks Traveller, Gypsy and Roma communities by criminalising ‘unauthorised encampments’, while it does nothing to reduce the massive shortfall in legal sites for these communities.

Under the guise of tackling knife crime, new surveillance, stop and search, and prosecuting powers will undoubtedly target communities already suffering racial bias, rather than looking for community-led and structural solutions to violence on our streets.

The Network for Police Monitoring have put together a quick guide to this new legislation. In case you didn’t see it before, we interviewed Kevin Blowe from NetPol last year about the proposals in the bill. 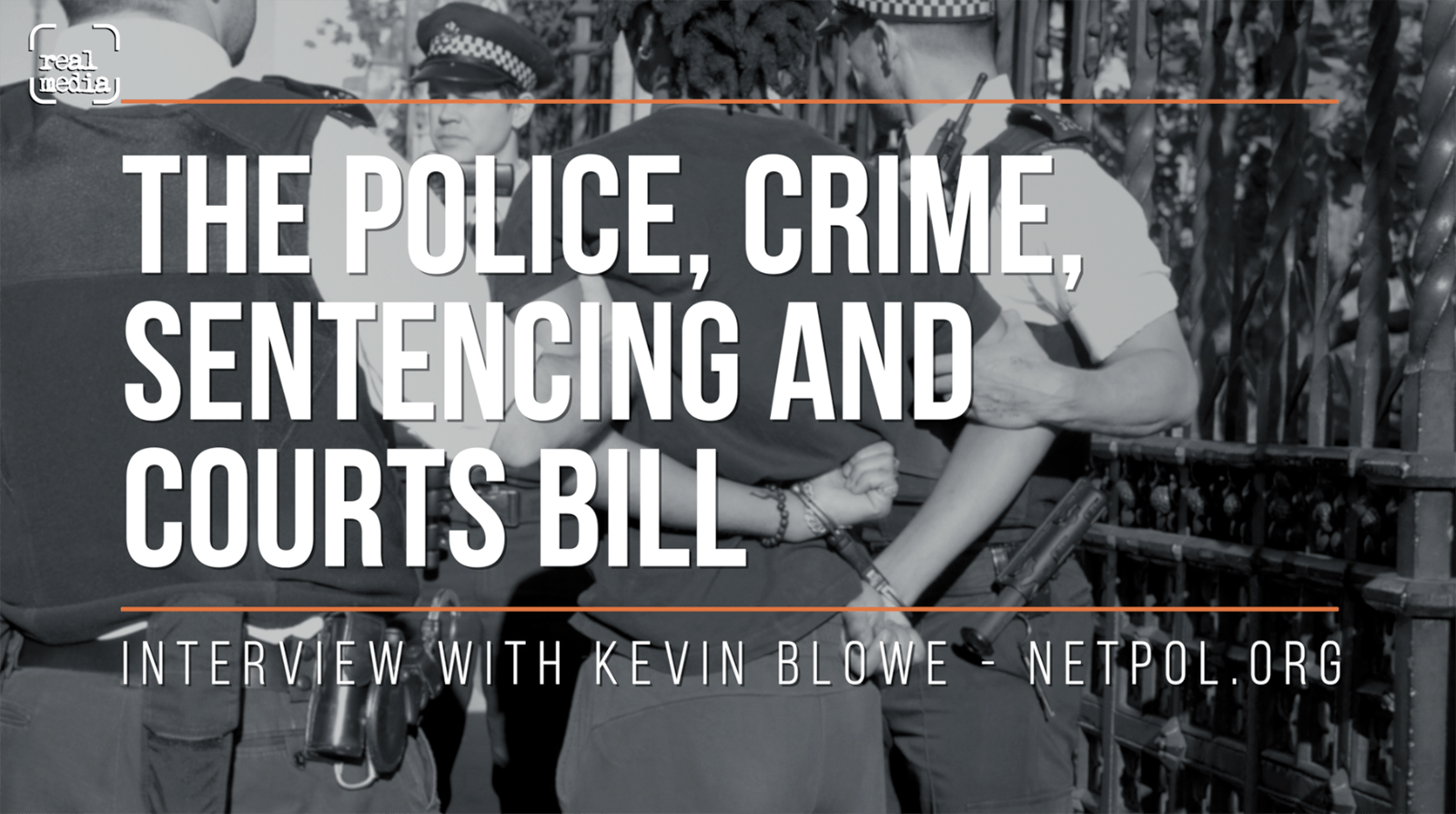 2     The headline purpose of the Nationality and Borders Act is to tackle the “problem” of illegal immigration. The anti-refugee aspects of the legislation have attracted widespread condemnation from human rights lawyers, but its reach across the UK is also extraordinary, massively extending government powers to strip people of British citizenship. Like a ‘Windrush on steroids’, it threatens anyone who may be able to claim dual nationality (eg through a parent or grandparent’s birthplace).

An estimated 6 million UK-born people could be affected, and together with the clear intent of the Police Act, it’s not hard to see how the threat of a Home Secretary taking a dislike to you can have a massive chilling effect on any thoughts of protest if you have any non-UK historical heritage.

In our interview above, Extinction Rebellion activist Bhavini Patel speaks about how the new laws work together to endanger minority people, who will now fear trying to make their voices heard because they may face both criminalisation and statelessness, even if like her they were born and lived their whole life in the UK.

3     The Elections Act is purportedly aimed at preventing voter fraud, but in reality there is very little such fraud in the UK, and the requirement for photo ID will, according to the government’s own commissioned research, disproportionately disenfranchise the marginalised and poorest in our society, skewing an already undemocratic voting system further away from representing those voices.

4     The Health and Care Act brings the next stage of privatisation to the NHS. It paves the way for more than 40 ‘Integrated Care Systems’ across the UK which will behave almost autonomously. It’s another costly reconfiguration that does nothing to address the current health and care crisis, instead breaking up the NHS ready for private equity vultures to pounce. The care cap will also see the rich only having to pay up to £86,000, while the poor will risk losing their homes and assets.

5     As well as the four Acts discussed in the interview, we must also note the passing of the Judicial Review and Courts Act which attacks the right to launch legal challenges against the government. Already, judicial review is for the most part reserved to those who can afford it, or those that can raise the huge funds required, but the new rules allow the government to remove certain cases from scrutiny, further restrict access to legal aid, and (like the other Acts) reduce vital checks on state power, in this case by limiting accountability and scrutiny.

What is most chilling about last week’s Royal Assent is how such huge changes in government power has had so little corporate media coverage.

The worry now is how the new laws will be implemented after the Queen’s Speech next week. The fear is they will be used incrementally and selectively, and the only way to combat that approach is to mobilise quickly. We won’t be looking to corporate media to help with that.