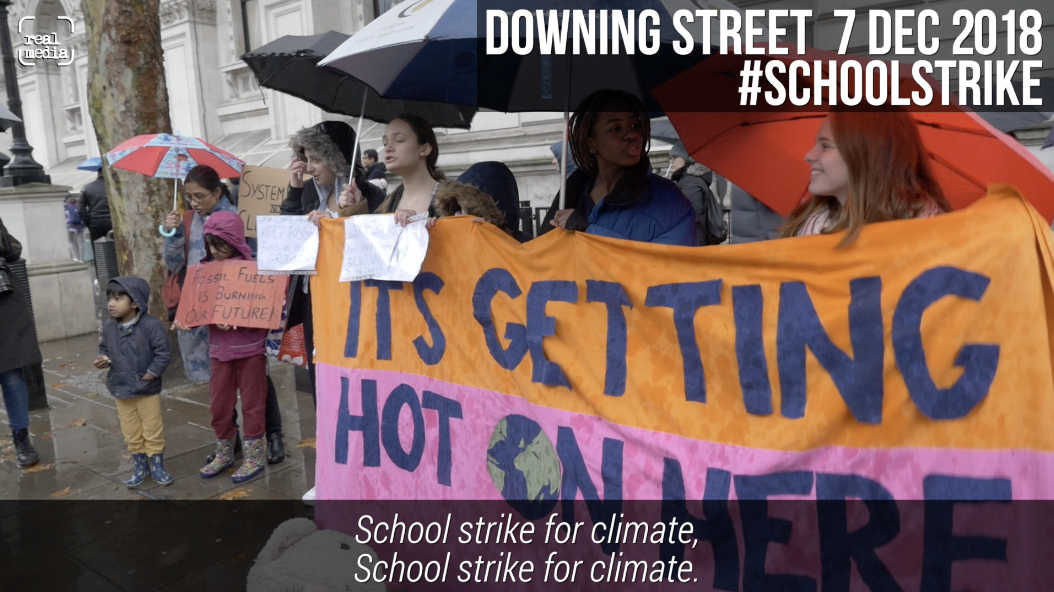 In August, after an unprecedented 3 months without rain, Greta Thunberg, a 15 year old Swedish schoolgirl, took a Friday off school and sat outside her parliament to protest politicians’ inaction over climate change.

Her brave stance, which she repeated in following weeks, has captured the zeitgeist, and at the same time in the UK the radical protest movement Extinction Rebellion has made waves. Greta came (in an electric car) to address the opening rally and ‘Declaration of Rebellion” in Parliament Square at the end of October.

School strikes are now spreading across the globe, and a small group of school students braved the rain in London to rally outside Downing Street on Friday 7th December, just a few days after Greta made a historic speech to the UN Secretary General, as well as taking her school strike to Poland for the COP24 climate conference.

Real Media spoke with some of the young people at Downing Street and their interviews appear here with parents’ permission. See the Extinction Rebellion website and social media for further info.