This morning six health professionals took part in a protest at the Canary Wharf headquarters of JPMorgan. They were arrested after carefully cracking eight plate glass windows at the huge investment and finance bank in protest at continued investment in new fossil fuel projects.

According to a recent report, JPMorgan tops the chart for global fossil fuel financing since the Paris Agreement 2016, and they continue to invest in even more new projects despite the International Energy Agency’s warning that there should be no investment in new fossil fuel supply projects, and no further final investment decisions for new unabated coal plants.

The action came the day before the UK’s first ever Level 4 National Emergency Heat Alert.

The medical staff who carried out this action want to highlight how this sort of extreme heat has multiple health risks, from strokes and heart failure to mental health difficulties and suicide. Bob Ward, a climate expert from the Grantham Institute suggests the current heatwave will lead to thousands of deaths.

The six professionals – two GPs, a child mental health specialist, a gynaecologist, a consultant psychiatrist and a dementia nurse – were following the advice of the Government’s own Office for Health Improvement which states “Health and care professionals should recognise the climate crisis as a health crisis, and therefore climate action as a core part of their professional responsibilities.” 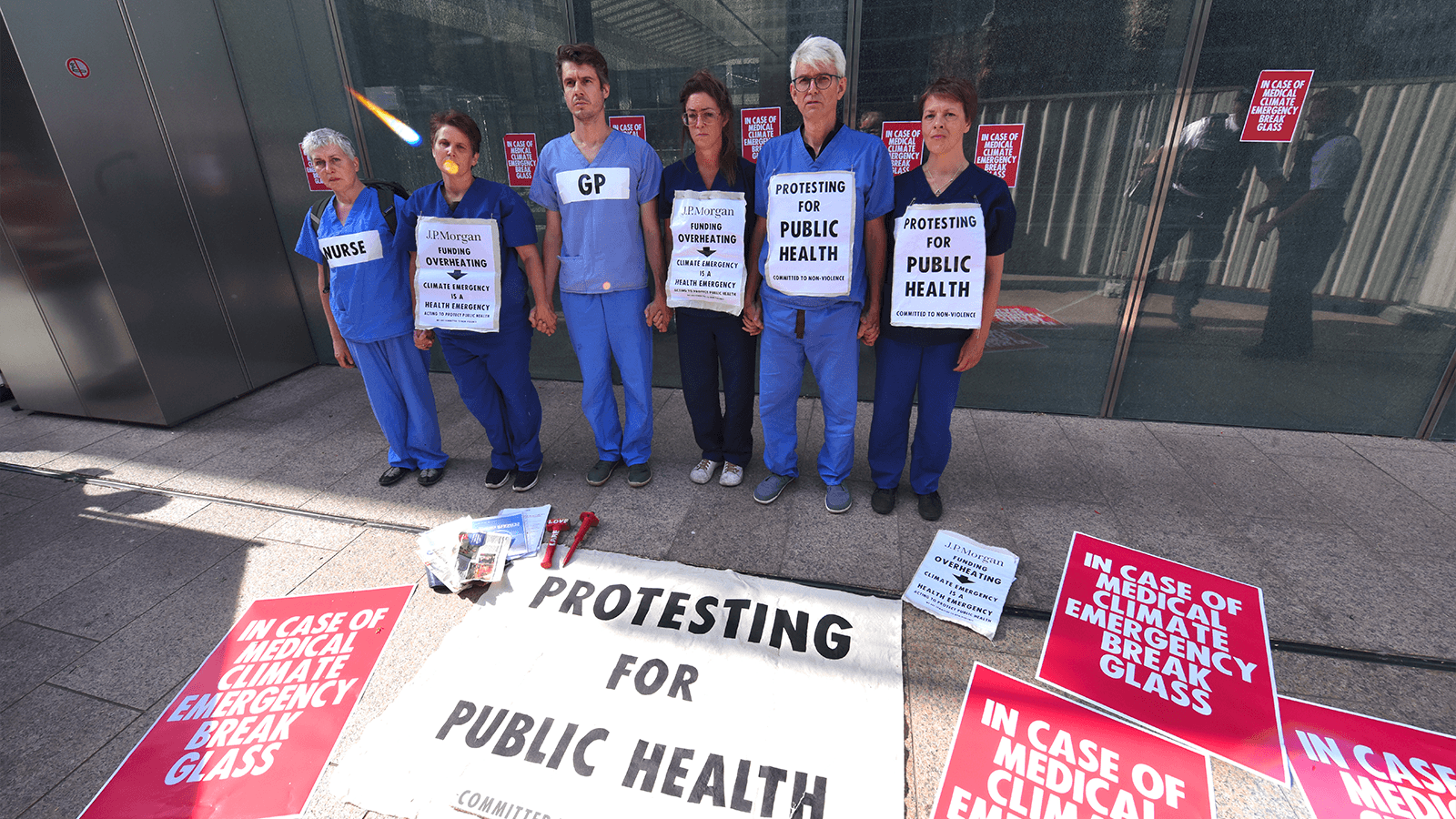 Last month a doctor and medical student were acquitted after a previous action at JPMorgan, where they spray painted and glued their hands to planters in front of the entrance. The Judge ruled that their peaceful protest “expressed views of considerable public and political importance.”

Dr Patrick Hart, one of the GPs involved in today’s protest, said:

“When a patient gets sick, the first thing you do is stop the harm. There is no point in administering an antidote to a patient while someone is still pumping poison into their body.”