Angus Rose, a 52 year old software engineer, originally from South Africa, has lived in the UK for 24 years.

He’d read about a climate briefing given to then Prime Minister Boris Johnson by the Chief Scientific Adviser Sir Patrick Vallance. The briefing allegedly changed Johnson’s views on the urgency of global heating, just prior to the COP26 meeting in Glasgow.

So in March, nearly three years after Parliament declared a climate emergency, angry and frightened at government inaction, he began a hunger strike outside the gates of Parliament. He warned Members of Parliament, including Greg Hands (Minister for Energy, Clean Growth and Climate Action) that he would continue his hunger strike until death unless his demand was met.

Angus wasn’t asking for any grand policy or economy changes – he simply wanted MPs to attend a scientific climate briefing from Sir Patrick Vallance, and for that briefing to be made public.

In an emergency, you might imagine that such a briefing would be a shoe-in, but over more than a month, during which time Angus continued to lose weight, Greg Hands refused four times – three by email, and once in a 15 minute meeting.

Real Media interviewed Angus as doctors began to worry for his health on the 37th day of his protest.

Just hours after that first interview, Caroline Lucas stepped in to side-step the Minister’s inaction. In her capacity as Chair of the All Party Parliamentary Climate Change Group, she agreed to organise the high level climate briefing which Angus was fighting for.

Angus agreed to stop his protest, receiving 7 days treatment at hospital to wean him carefully back on to food.

Nearly 3 months later, on 11th July – the climate briefing finally took place online (partly due to increasing levels of Covid within Parliament). It featured Sir Patrick Vallance alongside three other eminent climate scientists. As the briefing took place, Real Media caught up with Angus and heard his reaction to the news that fewer than 10% of all MPs had bothered to attend the online briefing.

The meeting was recorded, so there will be an opportunity for more MPs to get informed, but in 3 years of supposed “climate emergency”, there has been little in the way of actual emergency action. In fact, against the advice of multiple international agencies and scientists, Sajid Javid recently granted new licences for gas exploration in the North Sea. 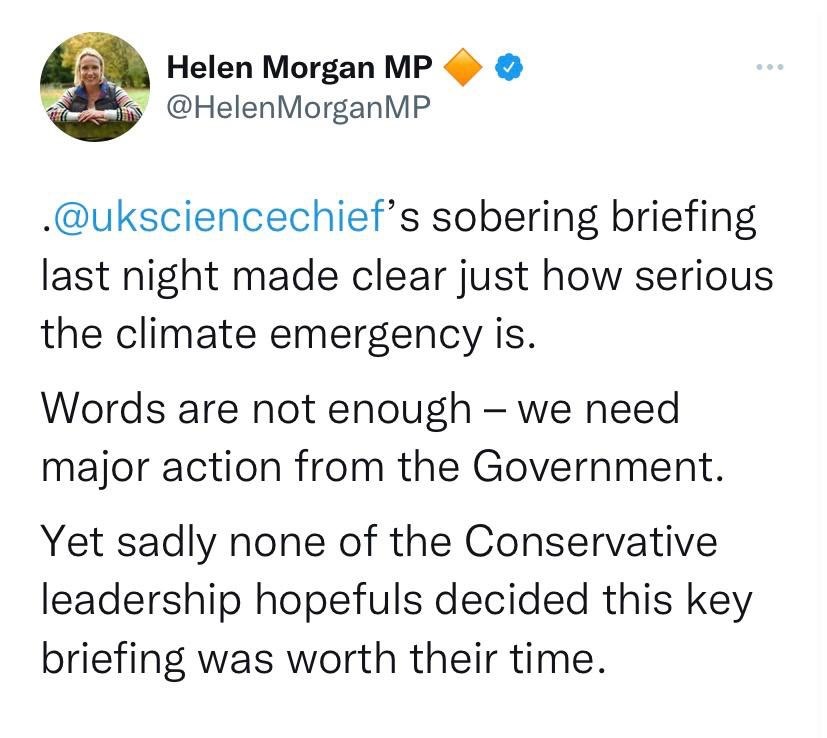 If the government can’t be trusted with our futures, where else must we look for salvation?

UPDATE: Here is the science briefing.