Hundreds of people gathered at short notice on Friday afternoon outside Stoke Newington Police Station in Hackney after the publication of a report by the City and Hackney Safeguarding Children Partnership (CHSCP) which identified racism as an ‘influencing factor’ in the decision to undertake a strip search on a menstruating 15 year old girl at her school. During the search, police officers ordered her to remove a sanitary pad, bend over and spread her legs.

The incident, which actually occurred back in 2020, was sparked by teachers smelling cannabis on the child, and believing she may be in possession of drugs. Police were called to the school after an initial search found nothing. No appropriate adult was present during the girl’s ordeal, her parents were not called, and no drugs were found.

When the child got home and told her mother what had happened, she was taken to her family GP who made a referral for psychological support.

Among the many deviations in procedure that have emerged, there is no evidence that officers consulted with a supervisor prior to the search, as required by law, and an Independent Office of Police Conduct investigation (IOPC) is still pending.

“All the people that allowed this to happen need to be held responsible. I was held responsible for a smell…Things need to change with all organisations involved. Even I can see that.”

Her aunt has described how the incident has affected the child, backed up by comments on Friday from a community worker who knows he family:

“I see the change from a happy go lucky girl to a timid recluse that hardly speaks to me…In my personal opinion, they have got a problem with Child Q and the aftermath is that when she sees this individual (a teacher) in school, gets panic attacks. They are the main instigator of the exposure.”

Local MP Diane Abbott, speaking at the rally, pointed out that that this was by no means an isolated event. 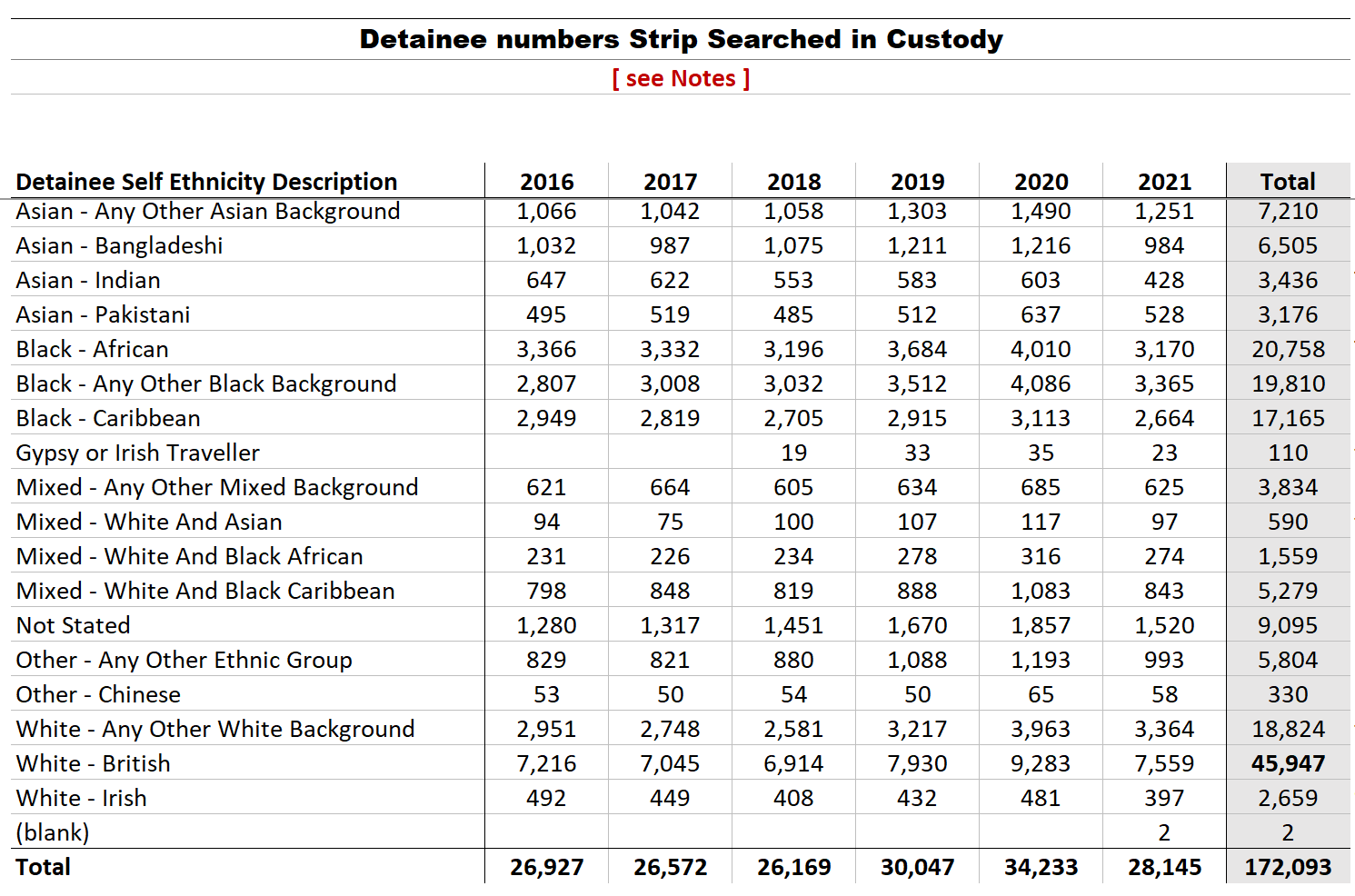 The family are taking civil action against the Metropolitan Police and the school, with the help of Bhatt Murphy Solicitor Chanel Dolcy who says:

“The Metropolitan Police has seemed incapable of reform for generations, and it is difficult to say that it will ever change. Nevertheless, this is a pivotal time for the Metropolitan Police as it awaits the appointment of a new Commissioner and so the family are calling on the Home Secretary and Mayor of London to ensure that only someone willing to declare publicly the persistence of institutional racism and institutional sexism is appointed.”

Several pupils took part in the rally on Friday, speaking from the middle of Stoke Newington High Street after the crowd took over the busy A10 route, closing it to all traffic for several hours. Year 11 pupils had walked out of the school and announced they will be continuing peaceful protests at the school every day until the staff responsible are held to account.

One of the issues highlighted by several speakers during the event was the use of the term “adultification”, a new buzzword to describe the perception that racialised youths often look older than they are, and so police and other authorities sometimes fail to treat them in the same way they treat white children. Many voices on Friday expressed the opinion that this word was just another excuse for institutional racism.

“We have taken action to ensure that our officers and staff have a refreshed understanding of the policy for conducting a ‘further search’ and advice around dealing with schools, ensuring that children are treated as children.”

Child Q, speaking through her solicitor said that as part of any settlement with the Metropolitan Police, she is looking for:

PLEASE NOTE: There is a court order not to identify Child Q or her school – this is at request of her family. 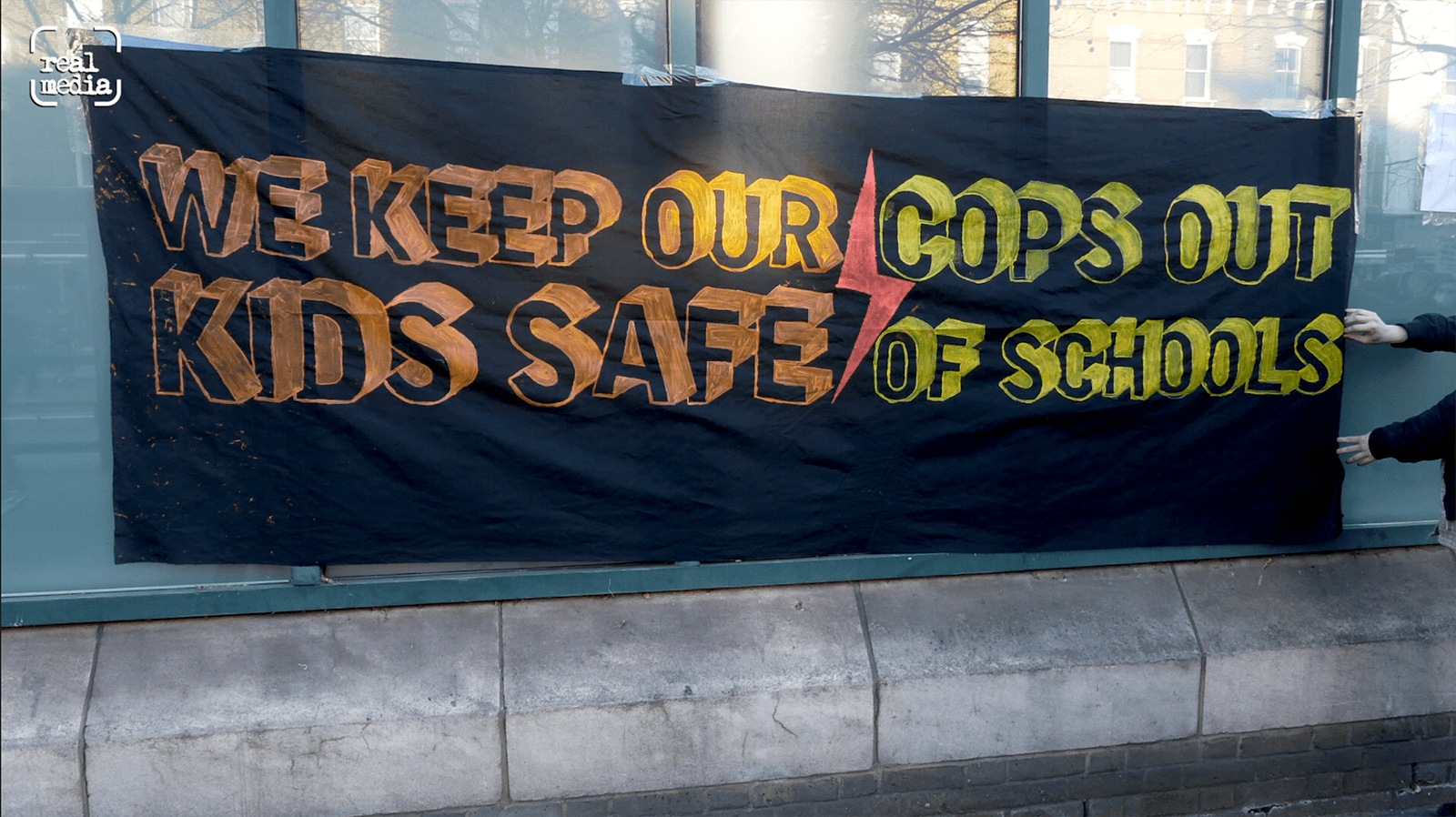