Two activists pasted scientific papers on the windows at the News Building, London Bridge on Saturday in protest at climate and ecology crisis coverage by corporate media. They also threw paint at the windows in an act of civil disobedience and waited calmly for police to arrive and arrest them on suspicion of criminal damage.

Dr Charlie Gardner is a leading conservation biologist. One of the papers he pasted demonstrates that over the next 50 years, 1 to 3 billion people will be displaced due to the climate crisis. The second paper entitled Underestimating the Challenges of Avoiding a Ghastly Future says that “the scale of the threats to the biosphere and all its lifeforms—including humanity—is in fact so great that it is difﬁcult to grasp for even well-informed experts”.

Mike Lynch-White was arrested just a couple of days previously after locking himself to the gates at Downing Street. On Saturday, after throwing paint at the windows of the News Corps HQ, he told police that he intends to do a further action at the Treasury when released from custody. He explains that “if scientists are willing to sacriﬁce and be arrested and break the rules, then that will, we hope, inspire others to do the same.”

The recent actions are part of a global campaign with around a hundred scientists in several countries taking part. Leading NASA climate scientist Peter Kalmus went on hunger strike as part of the campaign and has released films on Twitter about his action. In Berlin, biologist Dr. Nana Maria Grüning and climate scientist Kyle Topfer pasted scientiﬁc literature to the Federal Ministry of Food and Agriculture. 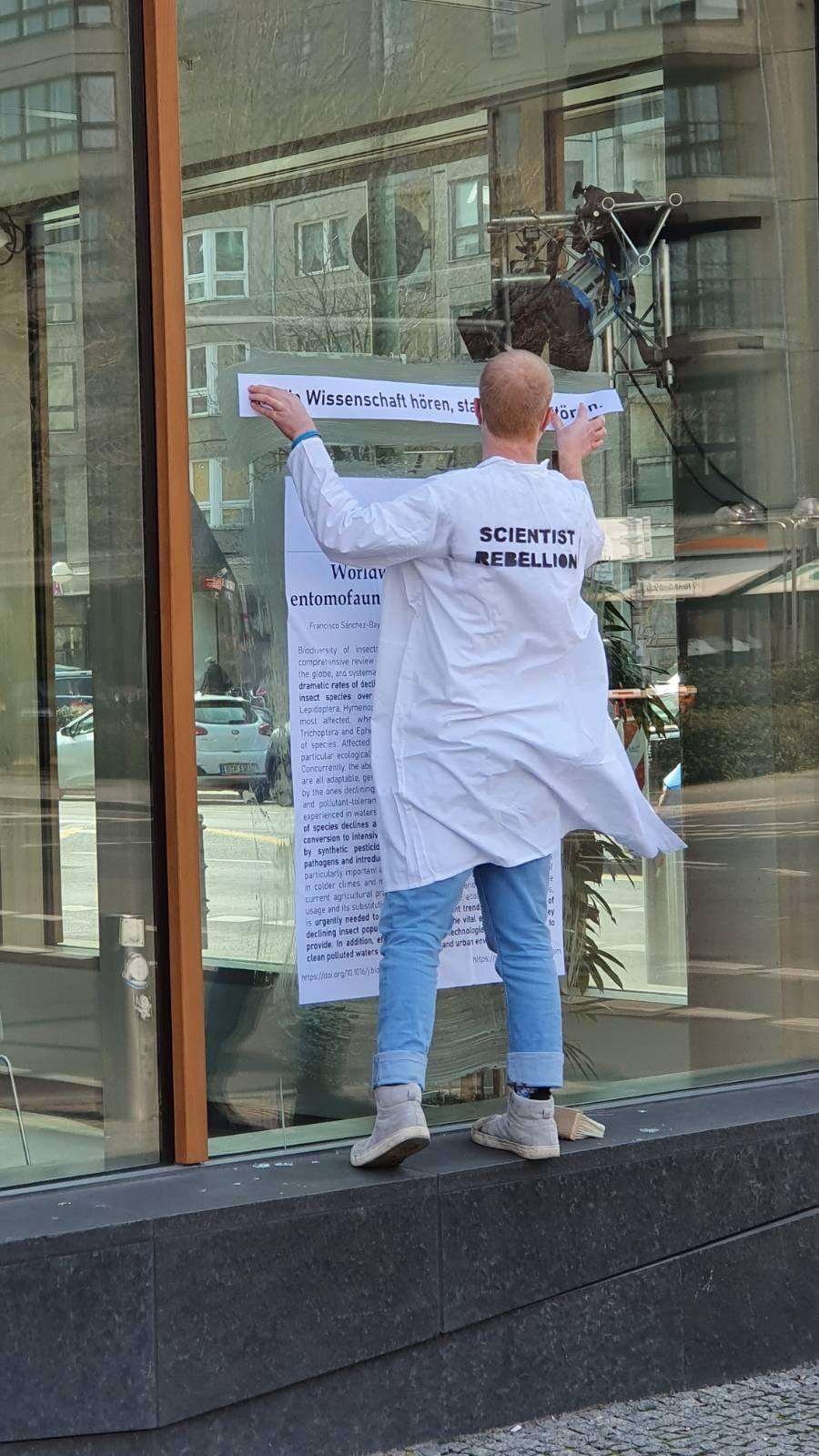 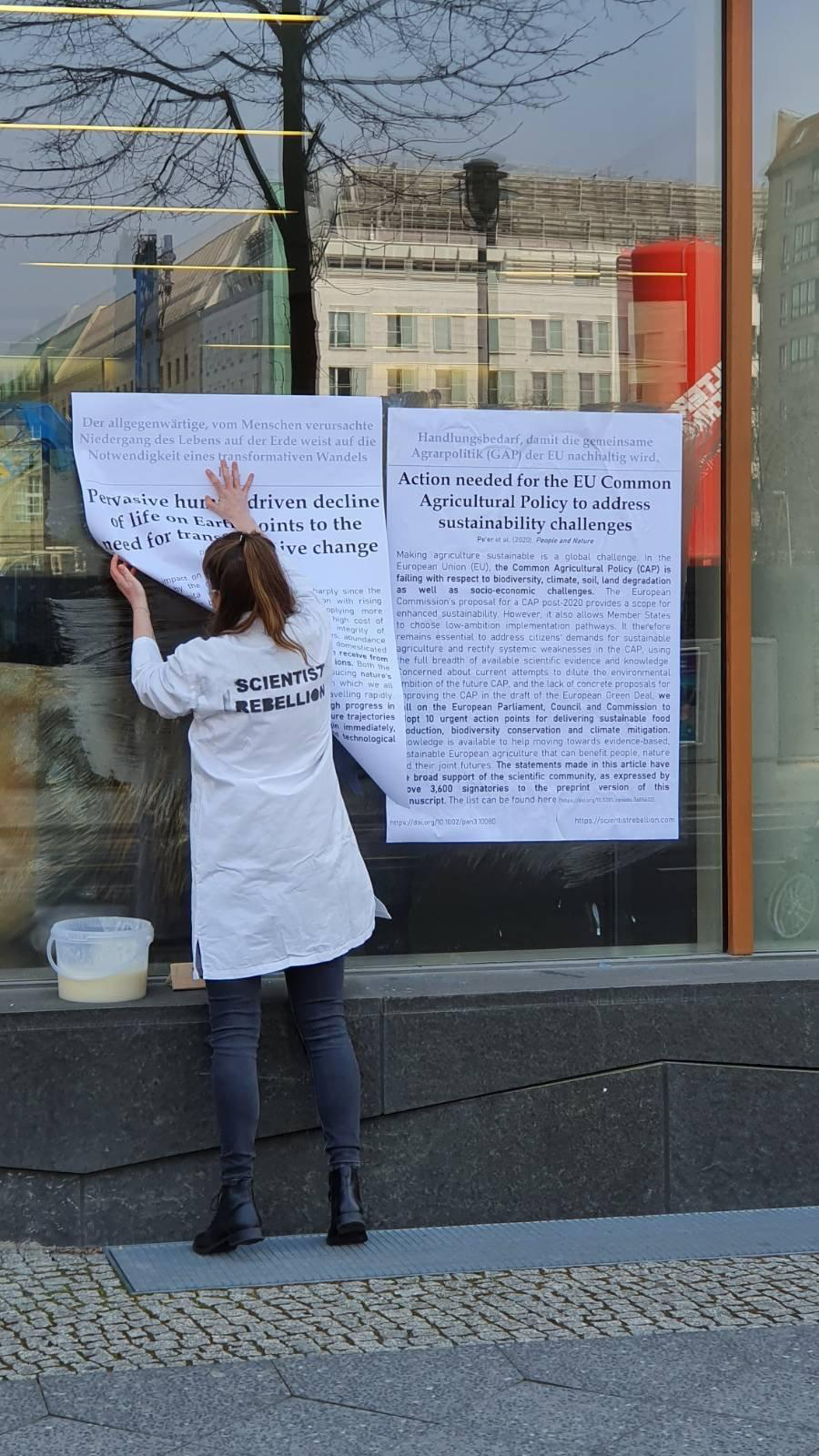 Dr Gardner was released on bail the next day. Mike Lynch-White remains in custody.

Scientist Rebellion have released a video of personal testimonies by scientists around the world.

Not guilty plea over Elbit protest