It’s been two years since the liberation of Kobanî in Syria from the Daesh (ISIS) stronghold. The area, lying on the Turkish-Syrian border, was of strategic importance to Daesh, due to the direct access it provides to continental Europe. In September 2014, Daesh had surrounded Kobanî, which had caused thousands of civilians to flee into Turkey. With the rising civilian death toll, the Kurdish resistance had retaliated to recover territory. On the 27th of September, 2014, US-led coalition air strikes began in the area, accompanied by the advancing Kurdish fighters. Finally, on the 26th of January, 2015, the YPG Commander, Polat Can announced: “Congratulations to humanity, to Kurdistan, and the people of Kobanî for the liberation of the city of Kobanî!”

Since then, however, the struggle in Kobanî, one of the three cantons in the autonomous region of Rojava, continues on a new forefront. Following the defeat of Daesh, the job of reconstruction was assigned to the newly-formed Kobanî Reconstruction Board. The Board was faced with the insurmountable task of not only clearing the tonnes of rubble from smashed buildings, but also of navigating mines and booby-traps left behind by occupying Daesh forces. Added to this was the increasing necessity of restoring 80% of the city’s infrastructure destroyed in the air-strikes and battle, as dispossessed civilians who were left without access to food, water, healthcare, returned to the war-torn town. But first, it was necessary to assess the level of damage before the rebuilding was initiated.

Hawzhin Azeez (32), who had moved to Kobanî from Australia in October 2015 to help with the rebuilding process as member of the European Kobanî Reconstruction Board, says, “The lack of information emerging from Kobanî made it essential that we have someone on ground to compile the data, reports and statistics needed for the European Kobanî Board to support the rebuilding process. But difficult border issues, and the ongoing embargo from Turkey and northern Iraq into Rojava, made it unable for me to leave. Besides, when I arrived in Kobanî I realised that the amount of work required far outweighed what I had assumed would be the scope of my work.” 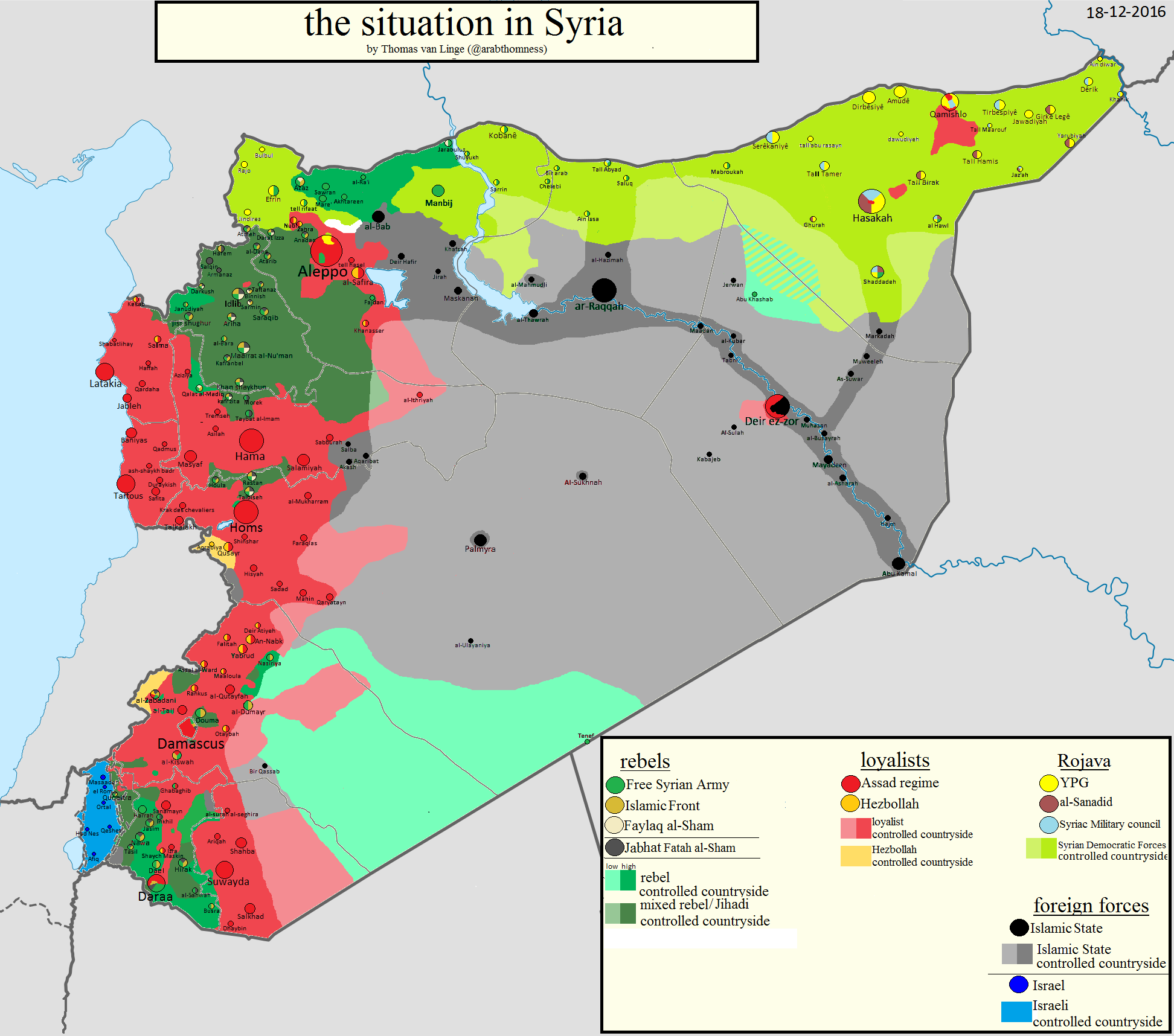 Rebuilding: From Minefields to Hospitals

Hawzhin is from south Kurdistan herself, and was tasked with compiling reports which ranged from healthcare, water, electricity, to a list of mines and unexploded ordinances in the town. She was also part of the massive archival project undertaken by the Kurds, to document the rebuilding process. “We believed strongly that the rebuilding of the city was a historical task that required detailing for future generations. As someone who has a PhD with specialisation in rebuilding in post-conflict and war torn societies I can attest that the degree of rebuilding of the city was unprecedented.”

The five-stage rebuilding process by the Board, involved securing basic necessities like shelter, food and water for the returning civilians, followed by clearance of the rubble for easier transportation. The third stage involved building of plants and factories to supply the construction materials needed for the rebuilding process, followed by the rebuilding of infrastructure such as roads, schools and hospitals itself. The final and most critical stage, which is still pending, is local economic development necessary for recovery of the community.

At the heart of this process, she says, lies the three pillars of the Rojava Revolution: democratisation, gender liberation and ecological sustainability. “For instance, we built a bakery with the aim of creating jobs for women. The bakery is now being run with the help of a Christian organisation on the ground called AVC International and women are working in the bakery.”

The rebuilding process has seen remarkable success, considering the paucity of resources available and the embargoes imposed on the region. Over 70% of damaged roads have been restored, two hospitals have been rebuilt and another two added, including a health clinic. The 15 schools rebuilt now host over 50,000 students, and another school for the orphaned children of Kobanî is being set up in cooperation with the Free Women’s Association of Rojava (WJAR). The Tishreen dam, liberated from ISIS on the 26th of December, 2015, provides round the clock electricity to the region.

However, a lot of NGOs have been hesitant to provide aid to the Kobanî Reconstruction Board, which, being an official institution of the Canton, is linked to the PKK (The Kurdistan Workers’ Party founded by Abdullah Ocalan). In response, Hawzhin co-founded the Hêvî Foundation (hêvî is Kurdish for hope) to cater to the medical needs of the civilians. “We believed we can bypass some of the restrains the Board faced. Recently Hêvî was able to transfer 20 tons of urgently needed medicine including much needed Polio Vaccination, insulin and antibiotics to Kobanî. An ambulance catering specifically to gynaecological health, donated by the Christian organisation AVC International, was also delivered by us to Kobanî’s hospitals. Another 20 tons of medicine is also on the way and will arrive in Kobanî soon.”

The Board, composed of engineers, doctors, architects, and other professionals, is formed of two halves: the European section, and the Kobanî one. The former includes Kurdish and non-Kurdish activists and experts, with offices in European countries such as Germany, Holland, England, Sweden, Netherlands, Italy, to help with fundraising. While the European Board has an even sex ratio, the Kobanî Board was mostly male-dominated. “I was the only female on the Kobanî Board because the people on the board were either architects or engineers, construction workers or people who maintained the large number of heavy building machinery and equipment that we had- all unfortunately still male dominated work, especially in a place like Syria where women have been traditionally barred from these types of work”, explains Hawzhin.

The transition from a European lifestyle to living in a war-ravaged city had been particularly difficult for her. “I remember when I initially arrived during winter, due to lack of water, electricity and heating gas I would shower once every two weeks which was very hard. Not only were there differences in language, but there was still significant tribal and patriarchal values that existed on the ground. Navigating the space between being an insider-outsider, the language barriers, my feminist values within a male dominated, construction environment was incredibly difficult.”

She admits, however, that these factors conferred upon her privileges unavailable to local women, that helped her negotiate. “I used these privileges to set up regular weekly meetings with the women in the office. For instance, I was shocked to realise that the women and girls who had been working for a year had no idea what their legal rights to maternity leave, holiday and sick leave was. We promptly invited the Women’s Board (the Women’s Ministry) who were responsible for disseminating this information.” In post-war Rojava, where most of the households are now female-led due to male deaths on the frontline or conscription in the police force, mothers are legally given one hour off work to check on their children.

The escalating conflict with the liberation of new areas from Daesh control, with the added lack of aid and resources in liberated areas which are being diverted to help these new areas, has created a significant problem for the Board. In addition, the embargo from Turkey and northern Iraq has made access to humanitarian aid even more difficult. Newly liberated cities such as Manbij have resources sent from Kobanî and Cezire cantons (liberated), which leaves the donor cantons with barely enough to sustain themselves with.

With the impending Raqqa (Daesh capital) operation and the constant influx of civilians from bombed areas such as Aleppo and Azaz, the situation is expected to worsen over time. “This is a massive influx for a completely embargoed population, yet efforts are being made to support, house and feed the displaced population, because there is no alternative but humanity- in contrast to Europe’s literal billion dollar deals to sell off refugees to Turkey which has one of the worst human rights records in the region, especially in relation to its treatment of refugees”, says Hawzhin.

“During my time in Kobanî there has been numerous times where refugees have been shot point blank for seeking safety. More disturbingly, Turkish border guards often shoot at passing innocent civilians who are not getting close to the border and who are simply going about their day, driving or opening their store”, she continues.

To combat the embargo, the people of Kobanî organised themselves into agricultural and dairy co-operatives to sustain themselves. However, the lack of media attention on their struggles has presented a significant problem for fundraising.

“As Kurds we are familiar with blanket media silence of the massive oppressions, violences and massacres that our people experience across all four parts of Kurdistan. Currently, the murder, extra judicial killings of activists and civilians, the imprisonment of democratically elected HDP party members, the destruction of homes and villages, and offices of our representatives across Bakur of Kurdistan is occurring openly and with vile transparency on the part of the AKP government. There has been little to basic references to human rights violations by the Western media”, she says angrily.

However, the trajectory of Kobanî over the past two years, despite being fraught with difficulties, has presented unique possibilities for self-organised democracy along feminist lines, on principles of cooperation and mutual aid. “We have imagined and tried to create a society different from the status quo, which had defined the relations between different ethnic and religious groups as those based on survival and resource wars. Ours has evolved to include co-operation, and mutual co-existence. It has involved a gender revolution. A democratic revolution.”