An internal RBS tip sheet to make money from small businesses in distress was published by the Treasury Select Committee today, ahead of a Parliamentary debate and a hearing with the CEO and other executives at the end of the month.

The document, titled ‘Just Hit Budget’ (available in full here), was sent by RBS CEO Ross McEwan after a request by Nicky Morgan MP, and details various methods to apply pressure, fees and alter terms and conditions for small business customers, including that ‘Basket Cases’ are ‘time consuming but remunerative’, ‘sometimes you need to let customers hang themselves’ and staff should ‘avoid round number fees – £5,300 sounds like you’ve thought about it, £5k sounds like you haven’t.’ The BBC published a leaked copy of the note last year.

The memo dates back to 2009 and comes from the Global Restructuring Group (GRG) – a turnaround unit which mistreated up to 92% of businesses, according to a review by the city watchdog. Customers report being artificially distressed by changing fees and conditions and that ‘viable businesses’ were driven to the wall by the actions of GRG, dubbed the ‘vampire unit.’

Read our story about RBS customer Clive May, who believes RBS drove him to insolvency.

McEwan said the junior manager responsible for authoring the document has left the bank, the ‘language in the document was completely inappropriate and the bank does not condone it.’  McEwan adds the document did not form part of the bank policy and was not widely distributed.

The FCA are currently undertaking an investigation into the now disbanded GRG. Parliament will debate the treatment of small businesses by banks in light of this case and others tomorrow. 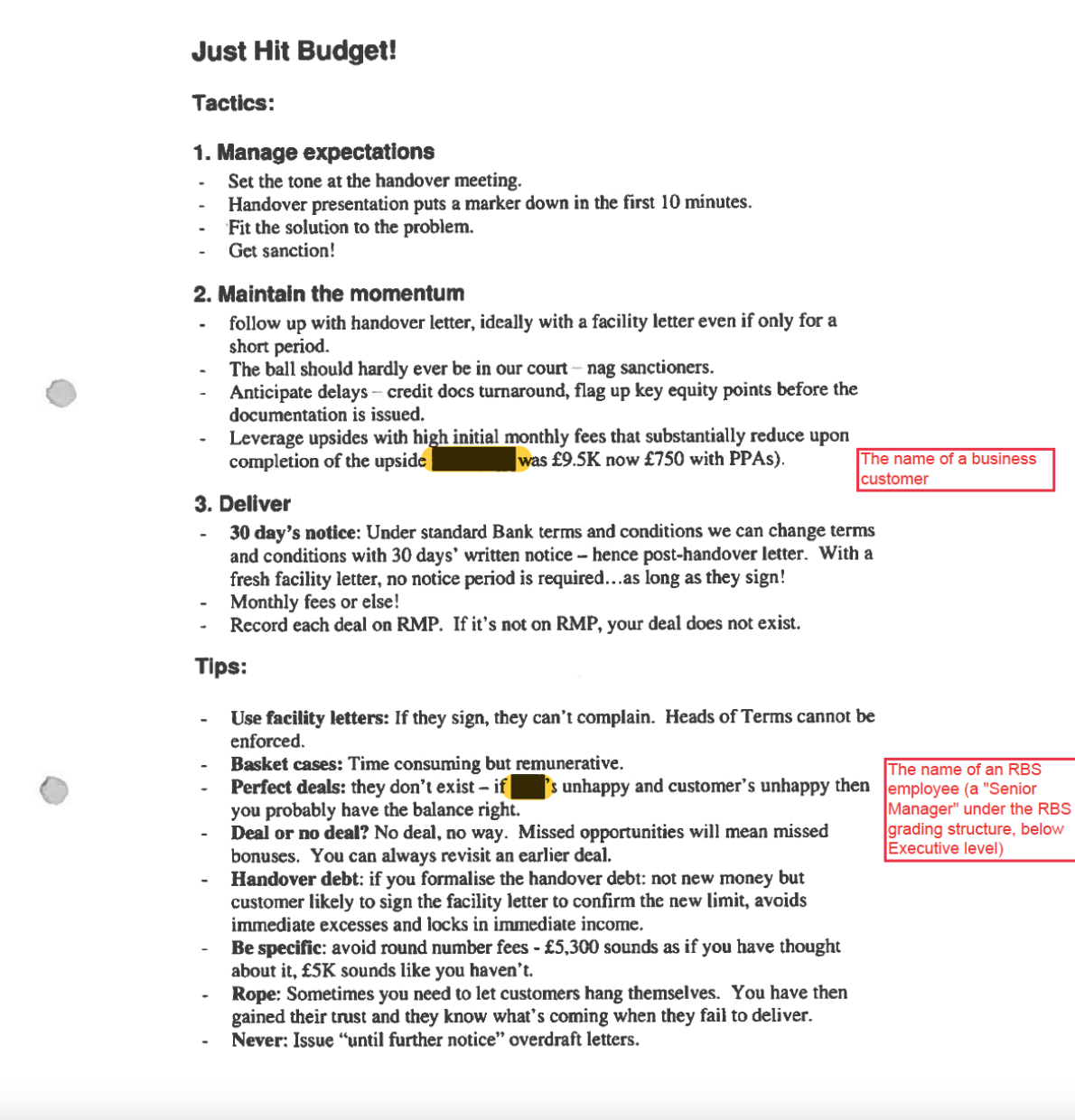 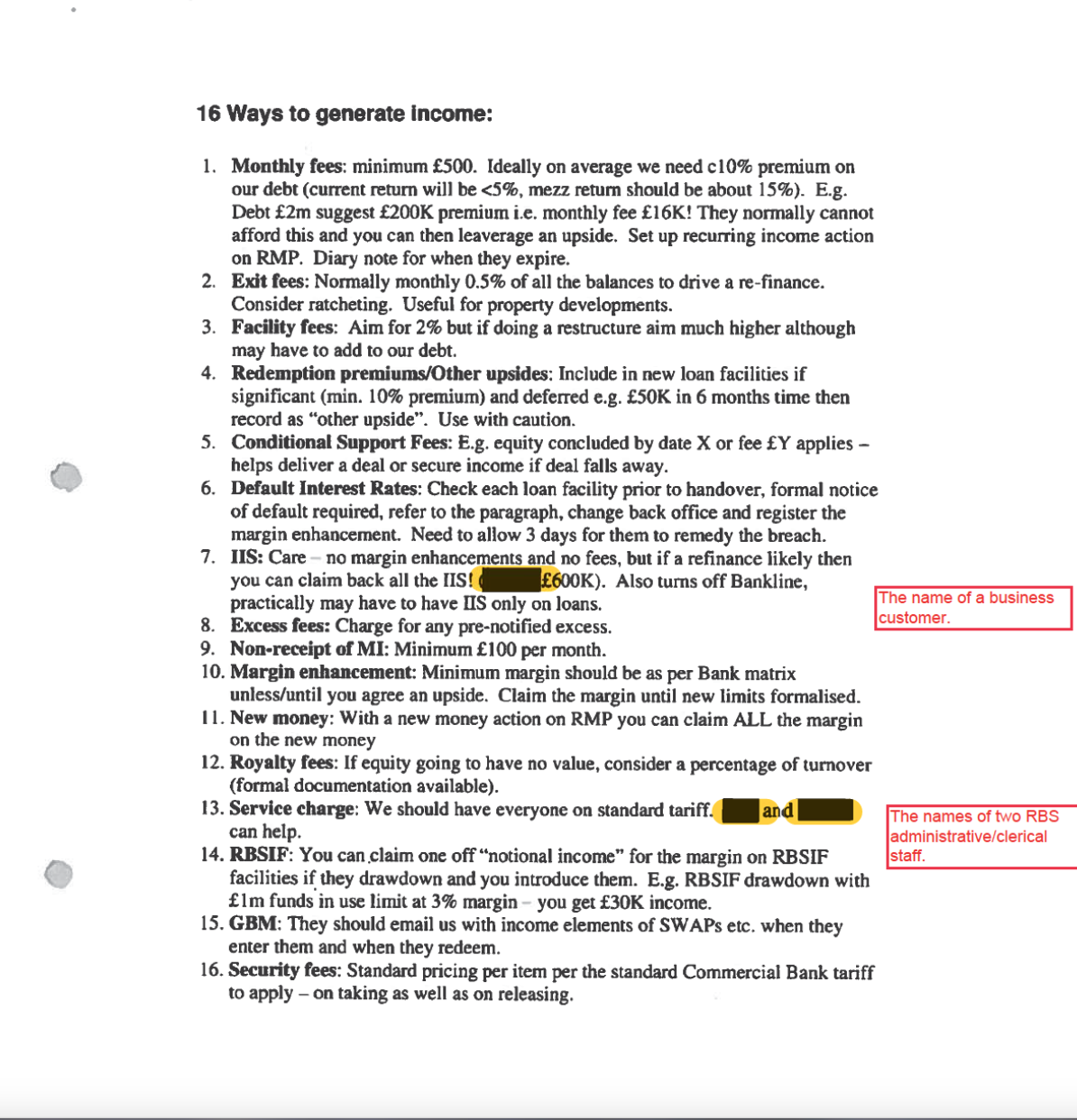