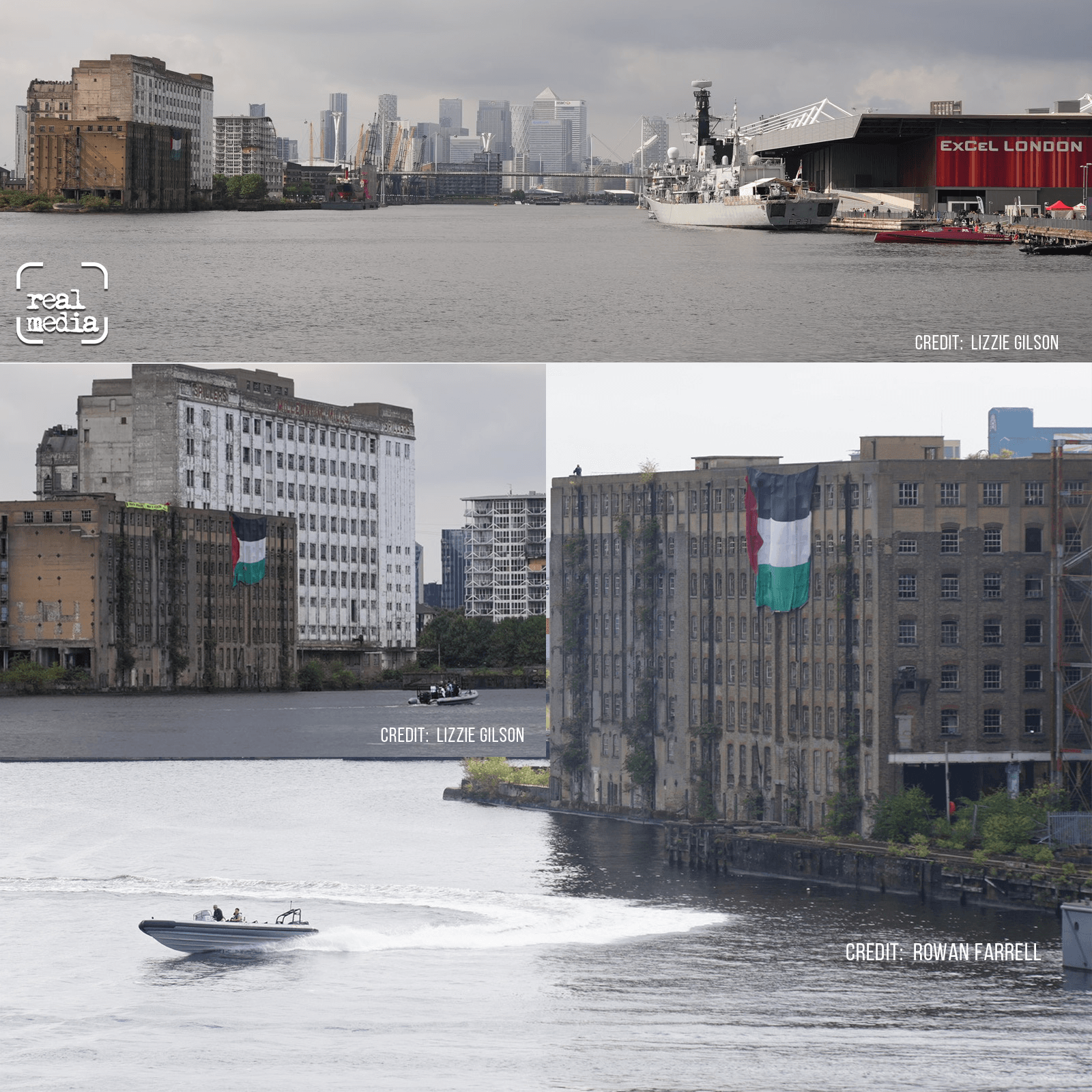 At lunchtime on the second day of the Defence and Security Equipment International arms fair at the Excel Centre in London’s Docklands, two huge banners were unfurled from the roof of a disused building opposite.

Protesters from Stop The Arms Fair dropped a huge Palestinian flag, followed by another smaller one with the slogan “Death Dealers, War = Ecocide”.

One activist explained “War is ecocide – there’s no more destructive force than bombs and missiles that wipe out entire communities and their infrastructure. This is the pinnacle of what’s wrong with the world and human nature and we shouldn’t perpetuate it in the name of industry.”

Another activist explained that today’s action was “In solidarity with all the people of Palestine who’ve died or lost family and friends, or who live under continued oppression and violence because of the gross imbalance of the Westernised might of the Israeli occupation.”

Delegates buying and selling weapons and boats will have a clear view of the banners across the water, and activists are also highlighting the part played by the boats and military technology on show today in preventing migration and attacking refugees. “The UK home office is increasingly adopting a violent approach to our borders and never has the narrative been clearer – we start war, perpetuate it, then turn our backs on the victims, as the disastrous last 20 years in Afghanistan has shown.”

Since 2008, the UK has approved export licenses for £52billion worth of military goods, and in the past five years, more than £400million to Israel alone. And yet for fifty years, Israel has faced international outcry and calls for war crimes investigations. Demands from multiple British-based NGOs for an embargo on arms to Israel have been ignored by successive UK governments.