Although the UK has just voted in a government with the weakest climate commitments of any of the major parties, here is a reminder that when people come together and organise, they can have an effect.  A small group of Extinction Rebellion protestors has just managed to change the plans of Coca-Cola. And they did it before a single placard had been held or a drum played.

A crisp, sunny pre-Christmas Sunday on the Southbank and a small group of Extinction Rebellion activists were warming up, learning some basic samba songs and working out their final plans.

They met at the Coca-Cola London Eye to protest about the corporation’s use of plastic and the many billions of single-use plastic bottles they produce anually.

Janet was one of the co-ordinators. Along with Matt, she pulled the protest together, got out information to journalists and armed herself with a megaphone and elf shoes. 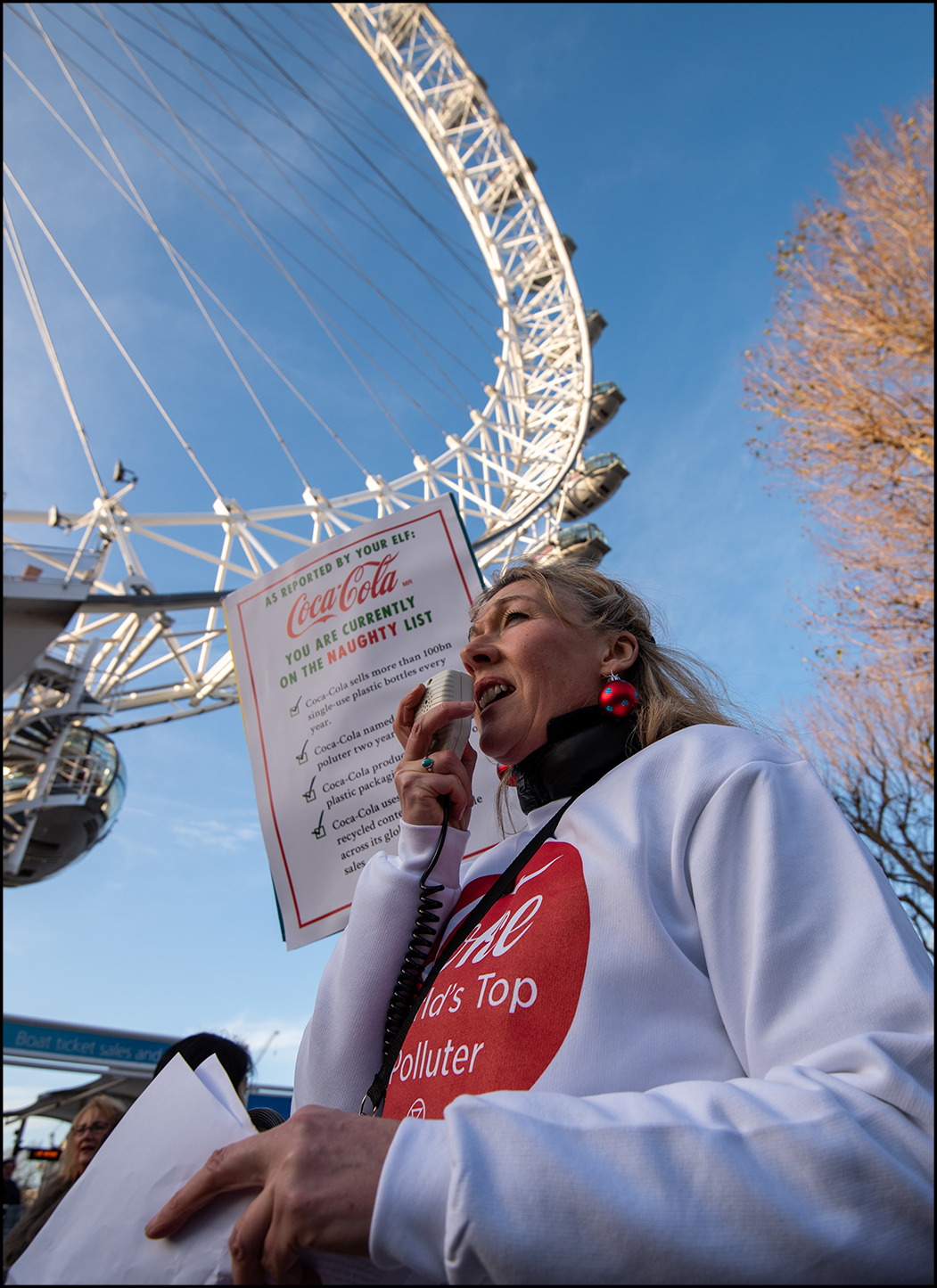 It was all, with the greatest respect to Janet, a bit shambolic. It’s hard to see how a group of people this small could even be noticed by Coca-Cola, let alone get a response.

But a response was indeed generated by just the mention of a protest.

The protest was originally due to be at the O2 arena where Coca-Cola was planning to hold an event to mark the end of the UK-wide truck tour. Visitors would be able to ‘Visit the truck in a glittering, winter wonderland setting and enjoy festive photo moments’.  And Extinction Rebellion was planning to be there too.

The event was cancelled, according to Coca-Cola ‘due to a demonstration planned to target the truck’, so this protest had an impact before it even happened.

True, it’s a small impact, but it’s of note that the company felt they needed to change their plans to avert the photo opportunity and potential bad publicity that the protest presented. 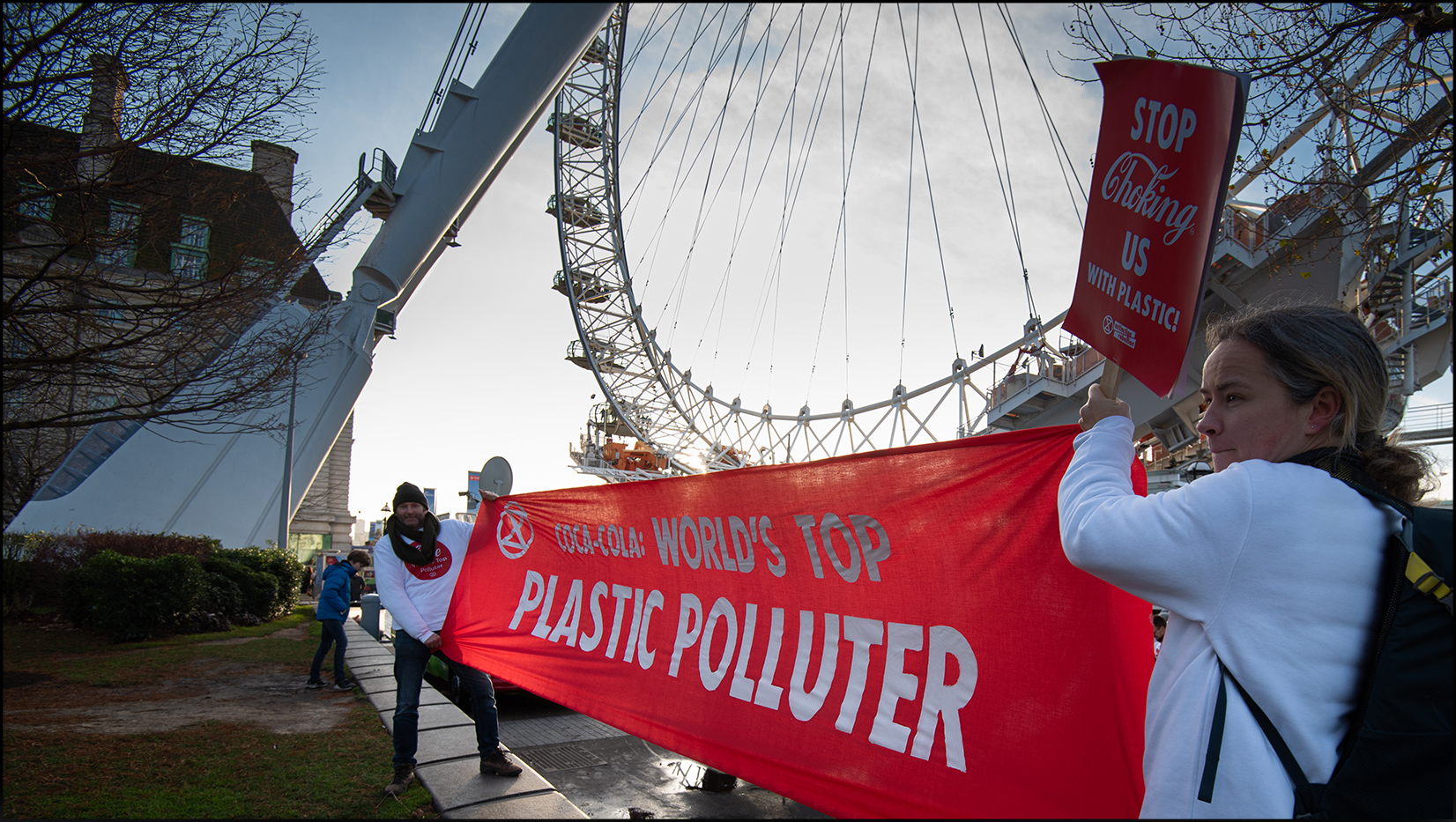 “Lobbying your MP is about as much use as praying to a tin of baked beans – they seem incapable of fixing any problem. But get out on the streets, use some creativity which can then be turned into eyeball grabbing images or video clips – or even just threaten to – and you can influence the behaviour of big corporations.”

For now – it’s back to the drums, cymbals and symbols – including an Extinction Rebellion santa in a green suit.  Having gone to the effort to produce the outfits, it seemed a shamed to waste them. 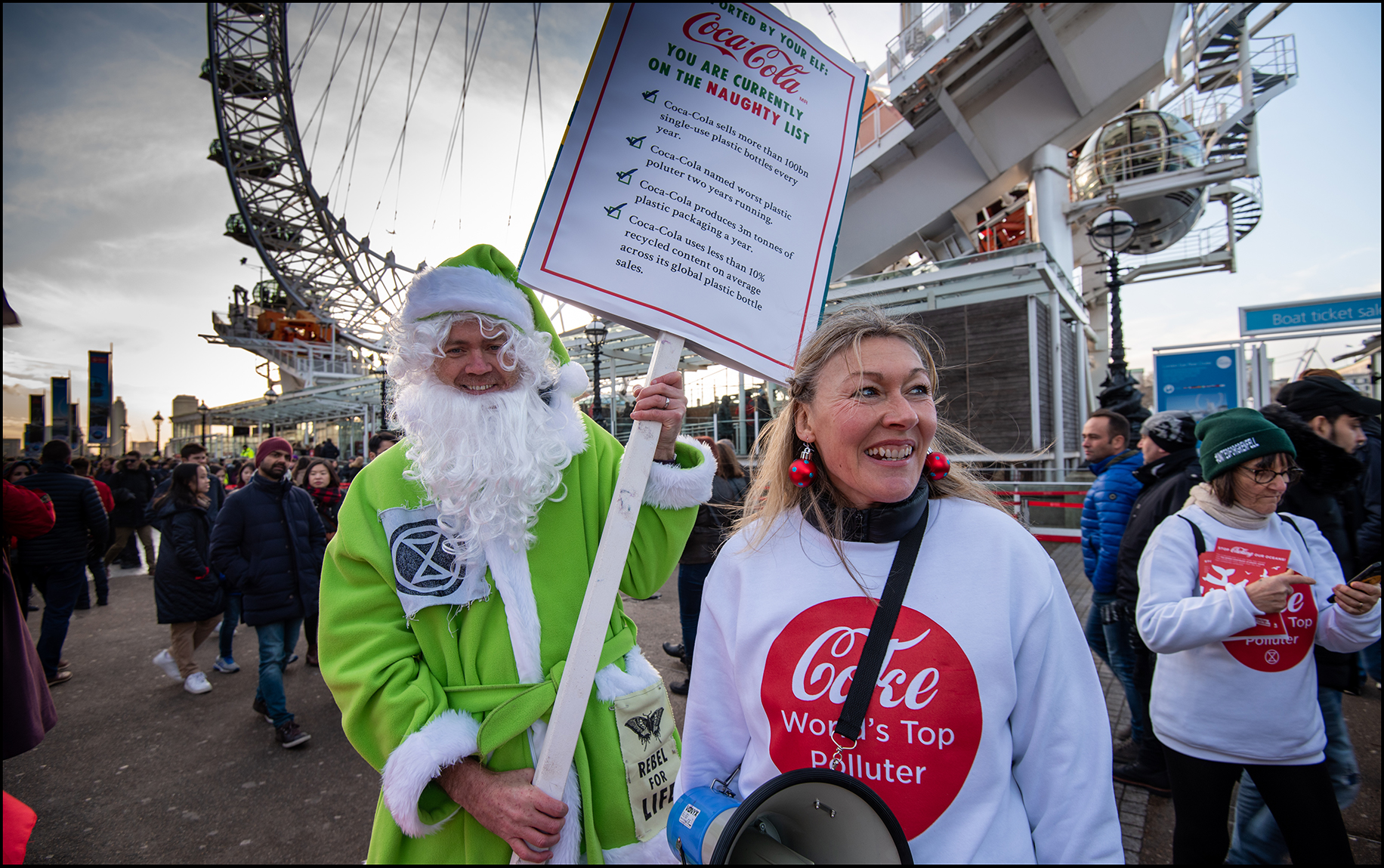 It’s not all good news of course.  On the same day in Madrid, the Climate Summit has ended in failure; pollution continues and the planet continues to heat up.

But are big corporations like Coca-Cola noticing and starting to respond?  Yes, they are.

It might seem trivial – but the pressure is noted, it affects plans, and eventually it can catalyse real progress. While politicians and bureaucrats fiddle and the planet burns, in the boardrooms, change is happening.  And it’s coming straight from the streets. 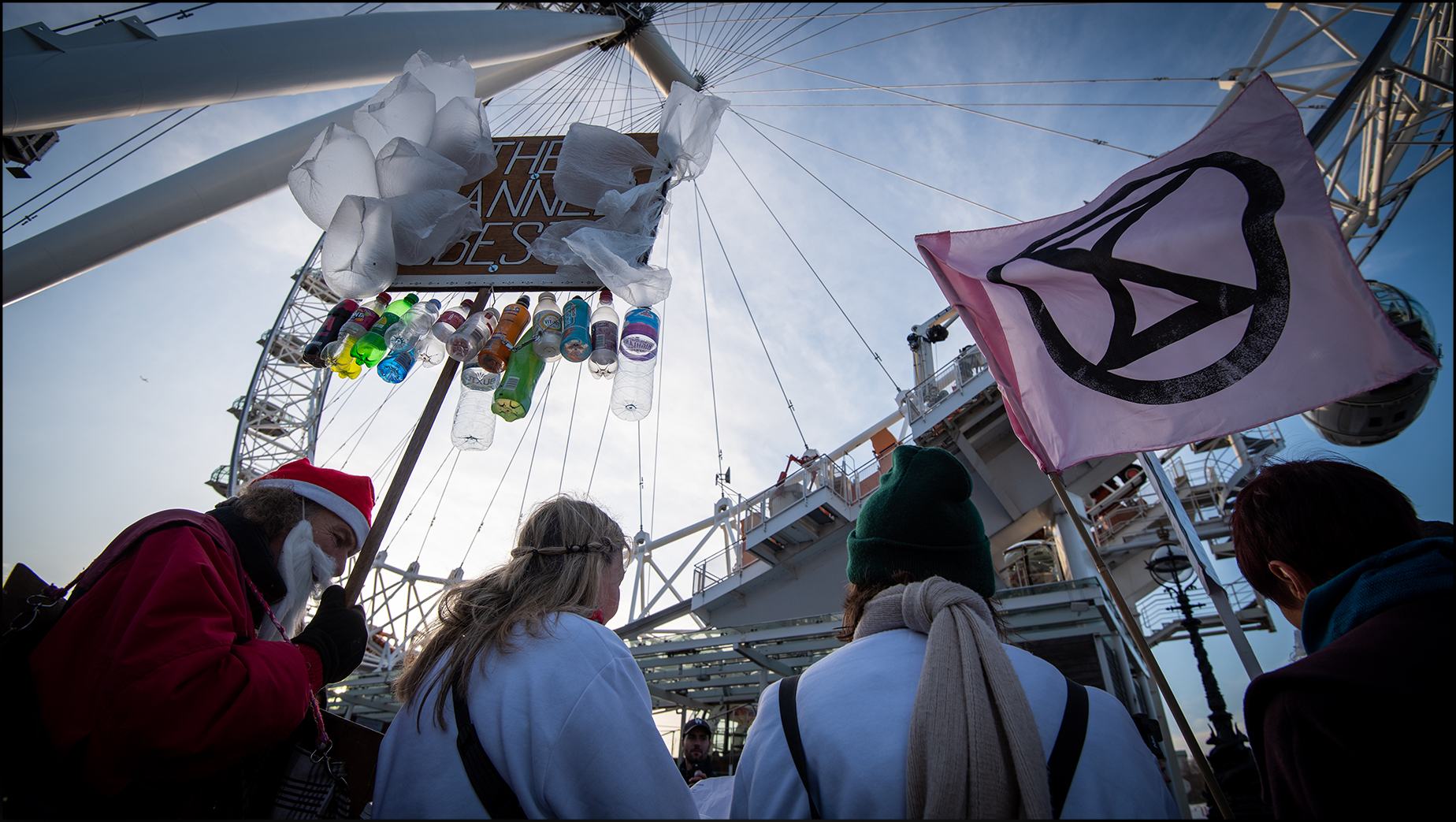