Updated 24th Sept with new information re a return visit on 23rd.

As well as the major London and global climate protests on Friday (20th Sept Global Climate Strike), smaller actions and protests were seen all over the country.

In Preston, school students went to their local council offices at the County Hall and asked for a council representative to speak with them and hear their call for real climate action. But no-one was prepared to speak with them, and adult staff refused to meet them in the foyer. So they held a sit-in, waiting for someone to become available.

Instead of engaging with the young campaigners, council staff escalated the tension by replacing staff with security officers and then calling the police, while diverting staff to use the rear entrance. Police then arrived, warned youngsters that they were committing aggravated trespass (a serious imprisonable criminal offence) and overtly filmed them.

The children claim that they were physically pushed by staff members, and this video has emerged from one of the campaigners clearly showing abusive behaviour from staff.

In response, the students have now decided to return to County Hall each day after school until someone from Lancashire council takes their concerns seriously and agrees to meet them.

A 13-year-old said: “I felt really let down when we learned that no adults would even come out to speak to us. Our concerns are real yet we’re not deemed worthy enough to have our voices heard. All across the world children along with adults marched peacefully together to see action on the climate emergency. Yet in Preston, the council called the police. This makes me so sad.“

One councillor, Steve Holgate, went on social media the next day, seeking to distance himself from the incident: “As a Lancashire County councillor for Chorley, I want to make it clear that those who refused to speak with climate change protesters yesterday at County Hall did not do so in my name. The person who instructed that the police be called to a demonstration led by schoolchildren did not do so in my name… Any climate change protester, child or adult who wishes to speak with me to express their concerns about the challenges facing humanity and all other species on earth are most welcome to do so either at County Hall or elsewhere.”

The protest was supported, at the behest of the children, by members of the Lancashire Nanas

The council has been contacted for comment, but no response received.

On Monday 23rd Sept students returned to the council offices after school. They were greeted by the Deputy Leader Keith Iddon, who apologised on behalf of the council, but said he had been unaware of their visit on Friday and claimed that he was not there. The Conservative councillor stated that the Council had not called the police and that the police presence and threats of arrests for ‘aggravated trespass’ were not requested by the Council.

Students spoke to him about the failure of the council to produce any data relating to part green commitments, and the lack of any real action on the climate and ecological emergency.

He agreed to help facilitate further dialogue and a youth-led debate in the Chamber, before posing for a photo with the pupils. 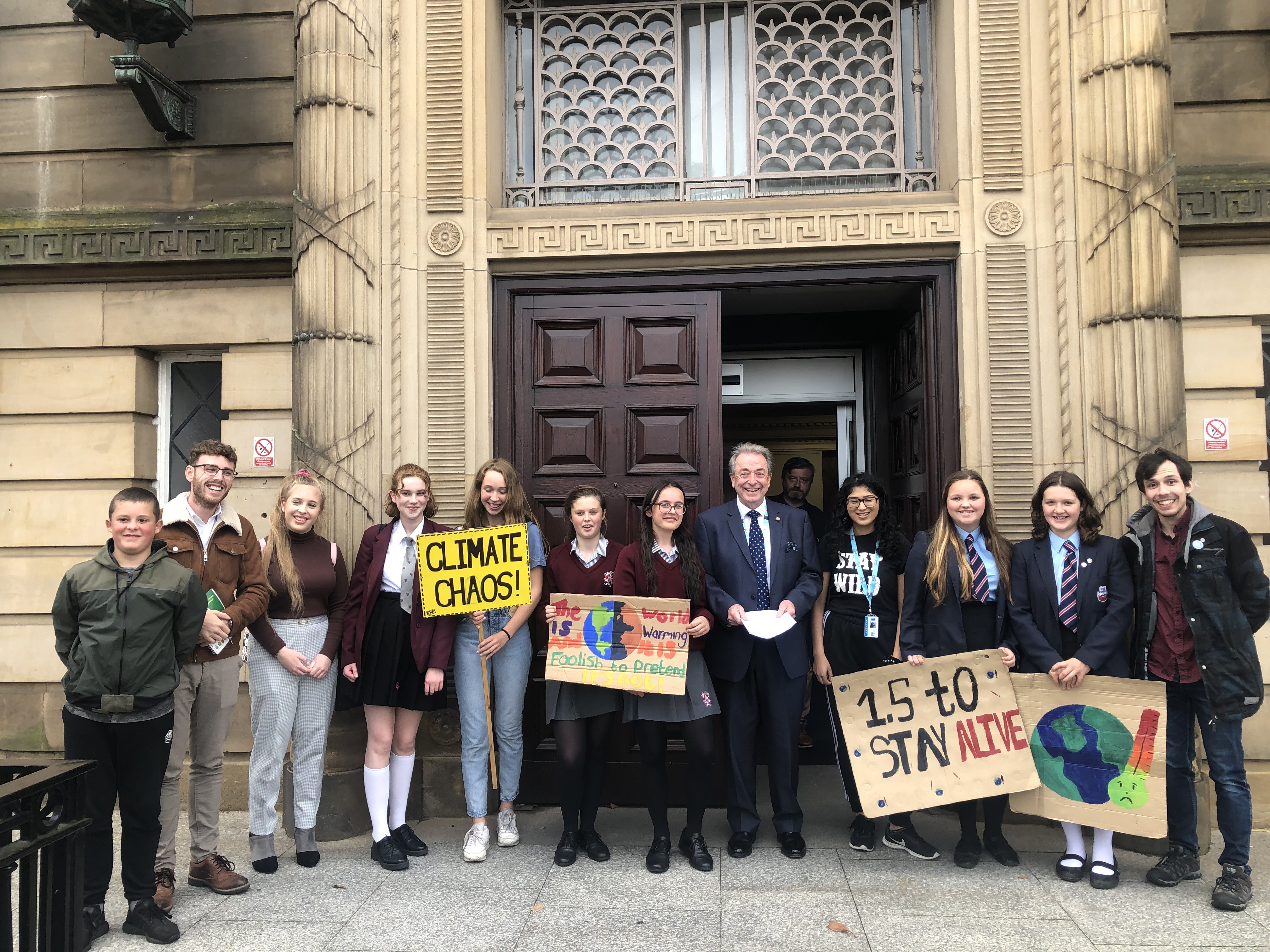 EXCLUSIVE: The Trials of Julian Assange (closed meeting at the Frontline...