Following yesterday’s victory in the High Court, it seems that the fracking industry in the UK is not having a great week.

Extinction Rebellion youth activists have targeted a conference in London at the Caledonian Club in Halkin Street near Hyde Park Corner.

Eight young people (from 15 to 24) have used arm locks and are sitting locked across the entrances of the club where today Natasha Engel, the UK commissioner for shale gas (fracking), is the main speaker at a seminar on Unconventional oil and gas market in the UK

Among the agenda items are a look at the legal challenges won recently by anti-fracking activists over government attempts to ease planning regulations (deemed unlawful by the High Court), and “steps for overcoming barriers to the commercialisation of domestic shale into the UK energy mix”. Among many guest speakers are the director of UKOOG (UK Onshore Oil and Gas – the fracking trade association) Corin Taylor, and Lord Truscott , former Parliamentary Under-Secretary of State for energy.

The young protestors are wearing T-shirts with the slogan “don’t step on our future” and they are shouting “you know that you are stepping on our future” to anyone trying to enter the club. 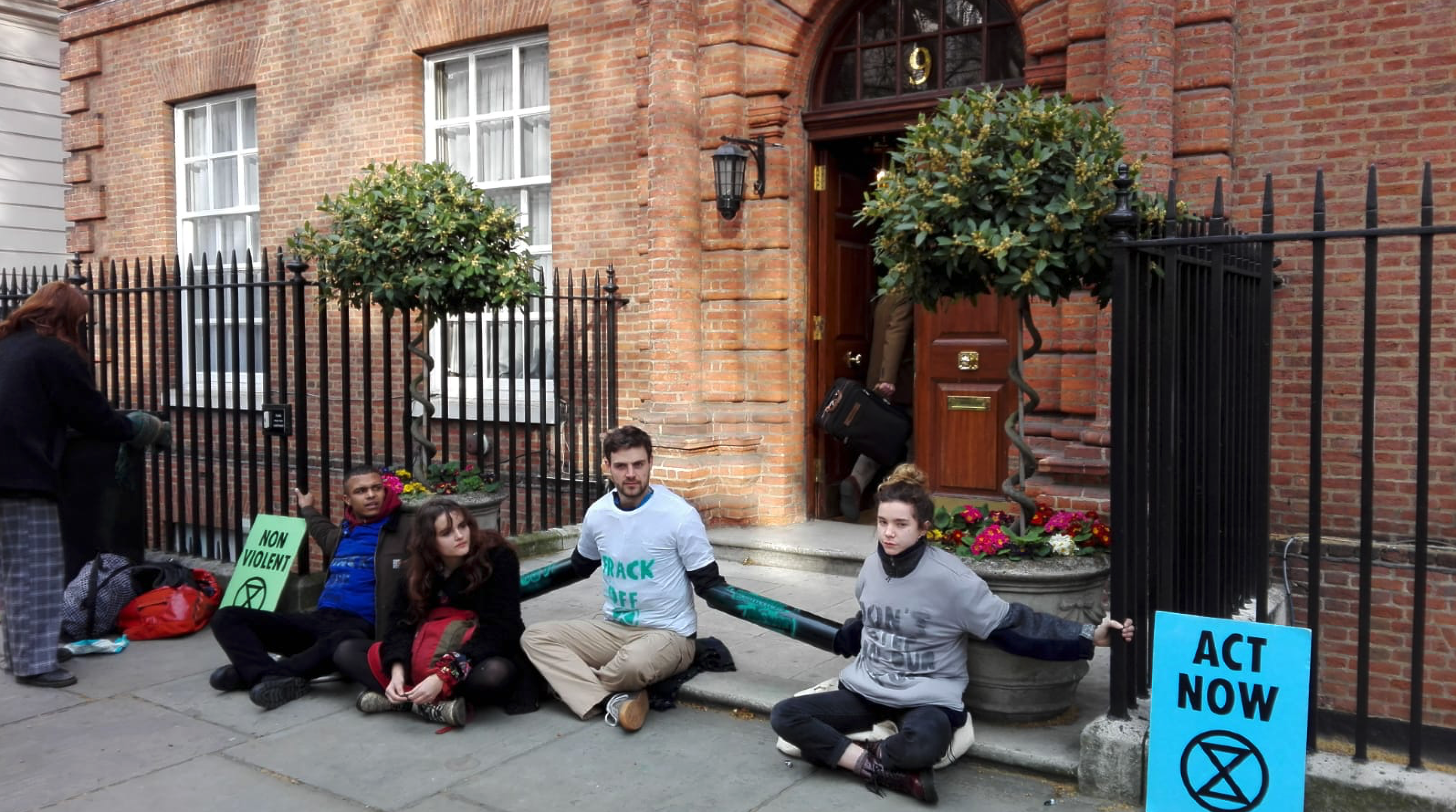 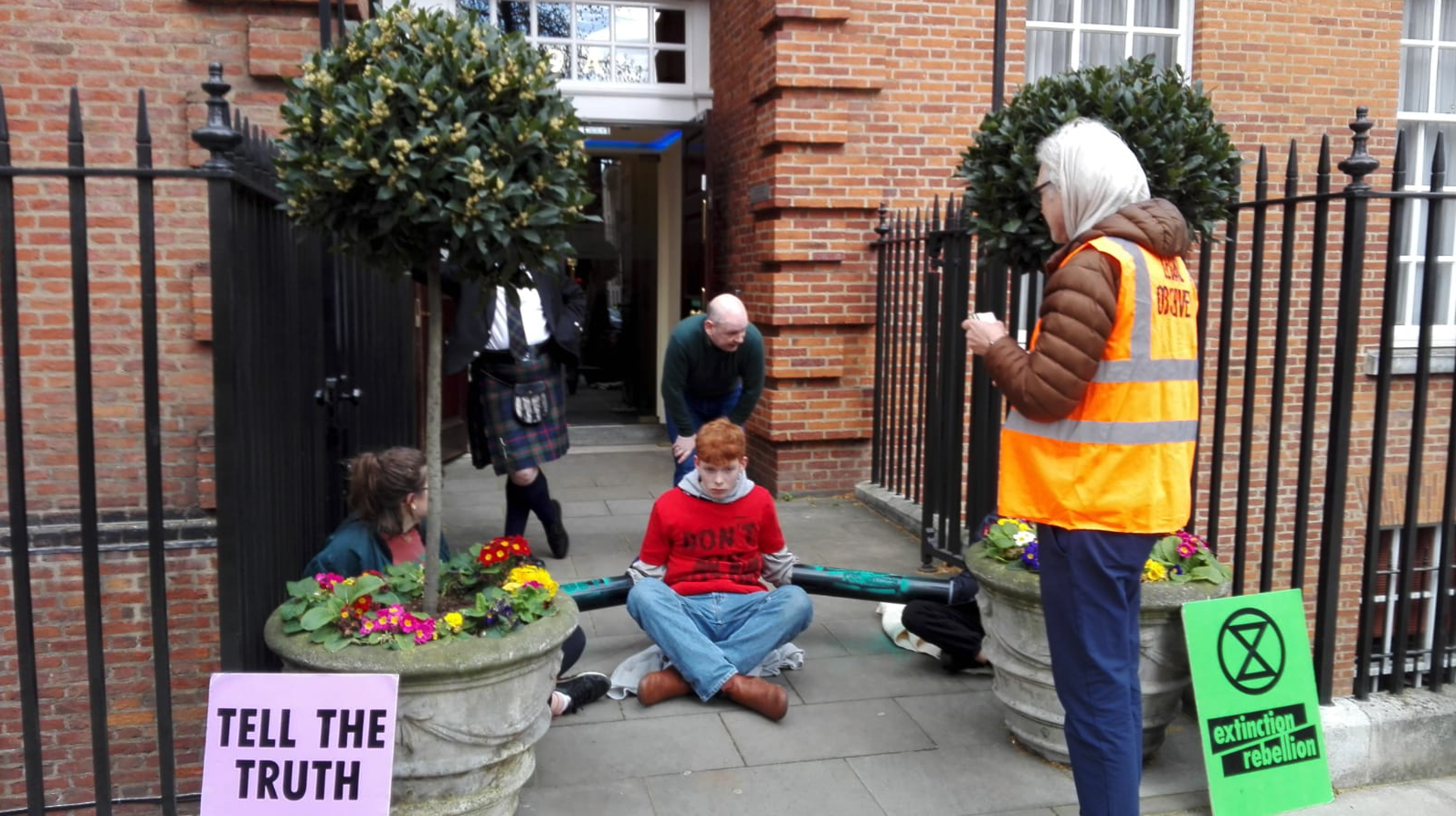