Home Wealth Economics Automation and the Planned Obsolescence of the Proletariat

Automation is redefining the contours of the state, corporate, societal nexus by establishing an even greater reliance on the technological infrastructure and further removing agency from organised labour and the democratic process.

With the rise of automation, society is staring down the barrel of massive increases in the rates of unemployment not seen since the first Great Depression. The massive political shock is that this will affect not just blue-collar workers but those with white-collars as well. As Capitalists drive this innovation the left is, well left, trying to articulate its own vision of automation as having liberatory potential.

Innovations are usually subject to political capture as those on both sides of the political spectrum naturally see any new technological development as a terrain of contestation. Will innovation be used to reproduce and advance capitalism or could it be used for greater empowerment of individuals, communities and the emancipation of the working class? Some argue that domination is inherent to reliance on what they see as technological empire, others speak of a liberatory technology epitomised by social ecology and the solar punk design aesthetic.

The fact that the term ‘revolutionary’ can be used to describe anything from disruptive technologies such as Uberisation and open source 3d additive manufacturing to the latest gimmick in dental hygiene demonstrates the openness of all that is novel to the politics of narrative construction. What is apparent is that we are embedded in a culture which values innovation in technique over the inculcation and advancement of sound ethics. As Bookchin noted we exploit nature as an extension of our exploitation of each other.

The contemporary left, which let’s face it is on the back foot, has been searching for a new leit motif. It has grasped at its utopian past, recasting soviet science fiction with the import of advances in robotics and artificial intelligence, branding it “Fully automated luxury communism”. The promise is essentially that humanity could escape the drudgery of work entirely, live in material abundance and have machines take up the heavy lifting.

This seems like a nice idea on the surface. Marx described human work in a factory as a symbiosis of man and machine, effectively bone and sinew were as cog and piston. The only difference was that humans experience misery and would one day seek emancipation as a dialectical inevitability.

Encumbered by drudgery, leisure time was a dream for most early industrial workers. The idea of a life of leisure was a paradise afforded only to the bourgeois. Later leisure time would be a functioning part of the work week, as noted by the Situationists, we would spend our earnings in our time off work. The threat of starvation gave way to the threat of boredom.

“Scarcity is manufactured simultaneously with the manufacture of our consent.”

Henry Ford is credited with the idea that if bosses drive down costs through mass production whilst paying high enough wages for their factory workers, these workers will be able to get credit and eventually afford the high priced products of their labour. ‘Fordism’ was essential to modern industrialisation by driving the expansion of mass production through linking it to debt-based consumerism. 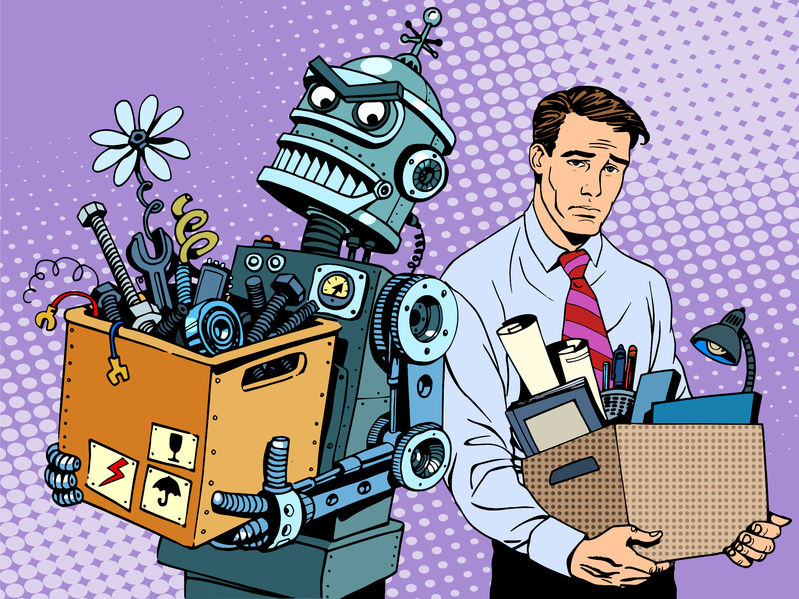 The crisis of overproduction comes when the worker as consumer can’t actually afford or get credit for the goods they make at the market rate given their stagnant, low wages. The strategies of expansion, debt accumulation, environmental exploitation and the privatisation of public services do little to conceal this contradiction of capitalism. In the medium term information technology and automation are expected to keep capitalism buoyant but the long term picture is one where profit margins approach zero thus removing the incentive to invest capital.

To solve this problem, some on the political right believe workers could be made to work for next to nothing, whilst those on the left (and increasingly many free market thinkers) believe giving everyone a basic income will solve this.

Universal Basic Income (UBI) is the proposition of a new social contract whereby states essentially print money and give it to citizens in order to keep money circulating through the economy. This is also known as a negative income tax.

Jobs for all was a slogan of organised labour yet under Capitalism unemployment is a necessary part of maintaining an abundance of cheap labour. UBI is surely an advance on the current system of welfare where people are forced into the humiliation of pretending to be actively seeking employment in a labour market where there is often not any meaningful work.

UBI is being hailed by many on the left as a progressive measure, which when compared to workfare and austerity it undoubtedly is, yet UBI citizenship is little more than an allegiance to a system of rationing. With higher unemployment comes the loss of the bargaining power of labour. Whilst UBI may be a valid concession for the left to aim for, it must not be an end goal.

The power workers have established through union militancy has been eroded over the course of the 20th century through Thatcher’s anti-union policies, globalisation and the restructuring of industry. Automation and UBI point to what is essentially the planned obsolescence of the proletarian subject. The Transport for London dispute is a case in point where driverless trains are being introduced removing what leverage unions such as the RMT might have had by resorting to industrial action.

Similarly the ‘Uberisation’ of the service sector whilst it has lead to huge profits for those in the business of peer to peer networking of service users and providers has diminished the power of workers to demand decent pay and conditions.

The strategic challenge for the left is to get beyond stop gap measures such as UBI and advance a critical public discourse around the way money mediates our lived activity as a society. Prior to 2008 it was anathema to even discuss the illusory power of money, nowadays it is commonplace to question it from fundamentals, not least in the capitalist metropoles themselves. The printing of new money is an exercise in typing a number into a computer and being confident you have the correct order of magnitude before pressing enter. 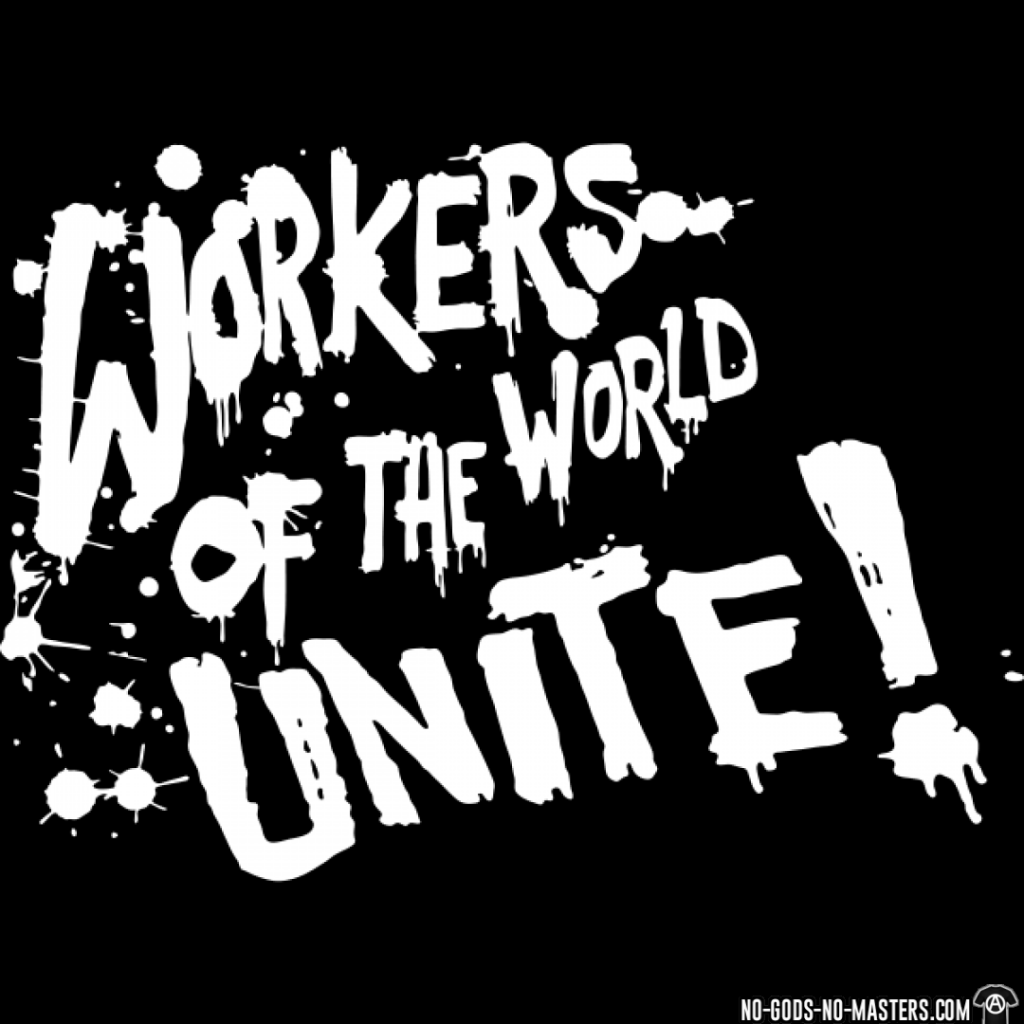 It is undoubtedly an ethical imperative to remove the drudgery of hard labour where machines are available to do the heavy work. With this comes the question of towards what productive ends it is oriented. Industrial production has been a revolutionising process that results in the reshaping of our world towards yet more industrial production. Ultimately industry, left unmitigated, will leave a world littered with derelict factories.

The question over the legitimacy of fully automated luxury communism is fundamentally one of democracy, specifically of whose brand of luxury we are expected to aspire towards. A post-capitalist project that puts unbridled consumption as a central guiding principle is uncannily similar to the current offering from wage-slave, debt-cycle, eco-catastrophic late-capitalism. The accoutrements of the capitalist spectacle may have less meaning to a culture with different values and incentive structures. With the liberal-left focussed on the inequality discourse little has been made of the need to discuss more thoroughly what material requirements are actually necessary for life satisfaction. It is content under its current rubric to envisage everyone on earth owning a smart device, whilst there is little concern on the left with the actual metrics of material scarcity, in this case the abundance of rare earth metals.

Prophetically in Aldous Huxley’s Brave New World Henry Ford is presented as a religious icon in a society that mass produces people in test tubes, as well as things. Huxley understood that a society based around consumerism would lead to an inversion where the population had to be produced as consumers otherwise the entire industrial system would collapse.

The more reliant we are on centralised automated production the less political agency we shall have. Compliance is purchased via the convenience of a domino’s pizza delivered to your doorstep by drone.

Industry requires a state because of the scales of social organisation required to maintain the necessary infrastructure. Increasingly we are tied into the global supply chain. Our machines don’t work without their chips made in China from rare earth metals mined out of the Congo. Smart cities and mega-projects demand it. Corporate fascism is interested in automation because it removes human uncertainty and error – a computer program might need a patch but it is not going to get sick or go on strike.

Planned Obsolescence of the Proletarian Subject

If automation is to be adopted then it should be because the workers themselves want it, that they may find more useful things to do with the new efficiency gains. Without worker engagement it is much more likely to look like planned obsolescence of the worker themselves.

The question automation poses labour is a crisis for the proletarian subject – how will we reproduce our lives, in a world dominated by access to a wage – when gaining full time, well remunerated or secure employment has become destabilized?

Our bargaining power within the capitalist system either comes from our ability to sell our labour, or through our ownership of property. Whilst the working population have been enchanted by accumulating goods and using services, they have not been accumulating their own means of production. The crisis in wages and entrepreneurship along with collapse of effective unionism means that individual bargaining power has been eroded significantly.

There is a prevailing myth that money is a reward for graft, that somehow getting things for free is a handout from a nanny state funded by hard working taxpayers. Gains in efficiency that come from all the innovations and labours of our ancestors must be seen as a common good and not subject to private ownership.

The left does need to be propositional if it is to get beyond being reactive. The right needs people to be kept in drudgery, to internalise the guilt of debt and to not have enough free time on its hands to organise rebellion. UBI will lift people out of poverty somewhat but it is imperative that this is seen as a concession on the road to greater political and economic freedom. To settle for this as sufficient can only disempower the working class. Ultimately what makes a right work ethic in the 21st century needs to be clarified as does the question of what amount of luxury we actually need to be satisfied.